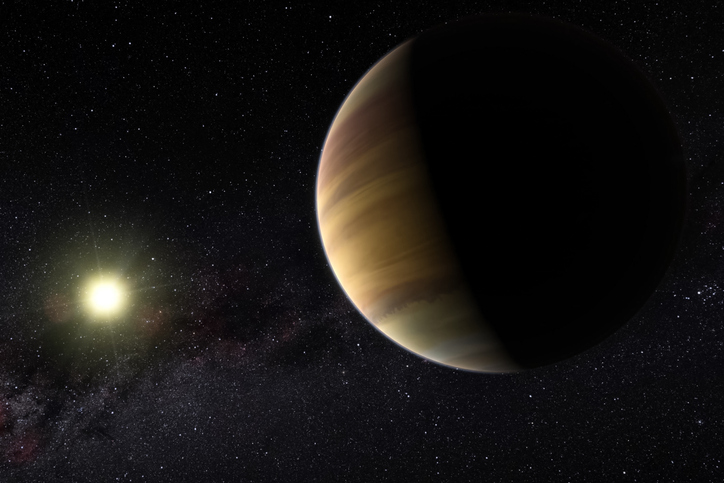 Investigations continue to discover Planet 9 or Planet X: Can science unveil one of the great astronomical mysteries of recent years?

Perhaps humanity’s greatest mystery is the outside. I mean, it’s about outer space. What is known about her is enormous, but there is still much more unknown to be resolved. One of them is there Planet 9, also known as tenth planet.

behind – on the other side neptunoThe farthest planet in the world Solar System, is a series of cosmic bodies and frozen bodies listed under the name Kuiper belt (In honor of the astronomer Gerard Kuiper, who predicted its existence in 1951.) In this region of the solar system is the mysterious planet 9.

It was in 2016 when scientists Michael Brown And Konstantin Batygin They published a study in which they indicated that icy bodies in the Kuiper belt do not move randomly but rather are grouped together, which is enough evidence to suspect the existence of a ninth planet in our solar system Affects the movement of the aforementioned corpses Thanks to the force of gravity.

The Kuiper belt is so large that it is believed to contain hundreds of thousands of objects over 100 km in size and up to a trillion comets in size. In a place full of elements, it wouldn’t be strange for a new planet to sail between these cosmic seas. However, no one has seen him yet.

What would be the characteristics of Planet X or Planet 9

As if it was a ghost, there are few indications of the existence of this planet other than what was mentioned above. There is no photo of this body, but what is suspected is really surprising.

If this object existed, scientists suspect it would have a mass between five and ten times the earth, It revolves around the sun between them 400 and 800 again from Earth. Its orbit should be tilted toward the plane of the solar system between 15 and 25 degrees.

According to the researchers responsible for investigating the formidable mysteries of this stellar phantom, Planet X will have Frosted surface with a hard core, such as Uranus, Neptune.

Of all the theories out there about the formation of this planet, the most solid is the one that states that Planet 9 exists It has formed near the sun, at an early stage in the birth of the solar system, when the planets began to emerge from the gas and dust surrounding them.

“Somehow it was around its formation region, before it was scattered by Jupiter or Saturn, and after that its orbit was modified by the stars that passed by,” says Konstantin Batyguin, professor of planetary astronomy at the California Institute of Technology.

Why don’t we see this mysterious planet?

Among the many explanations for why this object was not seen in space is the theory that it might be Black hole. This would explain why it affects the behavior of some objects within the Kuiper Belt.

On the other hand, according to Konstantin Batygin and his colleague Mike Brown, in further studies of Planet 9, they concluded that the planet was not located because it might have existed. I searched in the wrong places: Planet 9 is likely to orbit much closer to the sun than previously thought.

The only way to locate this hypothetical ninth planet would be with much more powerful telescopes…or to fine tune the search site. Telescope under construction Vera Rubin Observatory in Chile One hope may be to find the elusive and mysterious Planet 9.

What is the oldest international airline in the world operating under its original name?

The FIA ​​plays down Alonso’s complaints with the stewards

Mexico lags behind in revitalizing consumption in Latin America

Ignacio Libes-Guy: “Society demands certainty and at times it has not been well understood that science is two small steps forward and one back.” 4 min read

USA Women’s National Team: Carli Lloyd: “For the last time I’m going to give my all for this team” 3 min read

USA Women’s National Team: Carli Lloyd: “For the last time I’m going to give my all for this team”

Do not believe the reality indicates the use of a lie detector: eyes do not speak 7 min read

Do not believe the reality indicates the use of a lie detector: eyes do not speak