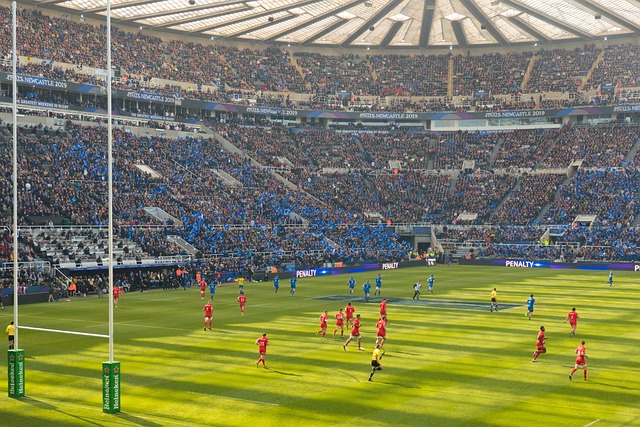 The London Saracens made a flying start to the 2022-23 Premiership Rugby season, recording a hugely impressive seven wins from their seven opening games. That imperious run saw them open up a ten-point gap in the chasing pack. Director of Rugby Mark McCall certainly deserves much credit for the flair and force of their season thus far, especially given their position just two years ago.

Relegated to the Championship for breaching salary cap rules, the London outfit are now favorites for every game they contest among those who like to bet on Rugby Union with Bitcoin thanks to their excellent run of form. So, what has changed? We analyze the various reasons behind their success so far this season.

Perhaps Saracens’ most effective quality this year has been their inability to recognize when they’re beaten. On more than one occasion, the team has gone behind early on, only to dig their heels in and show their true colors to ultimately claim the win. The most notable case in point came in their victory over league rivals Sale, who had charged into a 15-5 lead within the opening 20 minutes. However, the London team stood tall against their Manchester opposition and eventually walked away with a convincing 33-22 win.

The star man on that particular occasion – as he has been in so many games for Saracens this year – was veteran Alex Goode. Indeed, it was against Sale that Goode became the club’s most capped player, eclipsing Kris Chesney’s previous record of 338 appearances, and he rounded off the performance with a 12-point haul to bury his opponents.

That was enough to earn him major plaudits from McCall, who said: “Alex’s performance against Sale was as it always is because I don’t think there’s been a more consistent player in the Premiership for the last 10 years. I can’t remember a bad game and he performs at a consistently brilliant level.”

While Goode is undoubtedly the man of the moment for Saracens, he’s supported by a very strong squad that includes big names like Owen Farrell and Alex Lozowski. However, it’s very much a team that’s built on a group mentality rather than star quality, as evidenced by the fact that Saracens have taken the injury to England star Farrell in their stride.

With players like Ivan van Zyl, Andy Christie, and Jackson Wray ready to climb off the bench, Jonny May and Henry Arundell working their way back to fitness and old hand Robin Hislop bolstering the ranks further, their squad has never looked as strong.

As well as all of those elements of brilliance within the Saracens’ setup, there may also be a determination among their players to right the wrongs of last season. It was a little over a year ago that the club made a blistering return to the Premiership, squashing Bristol away from home in the opening game of the campaign.

While they still recorded a respectable runner-up finish, they will have been disappointed in the way that the wheels came off towards the end, especially during a forgettable 54-7 shellacking by Gloucester in the last round of games and an insipid 15-12 loss to Leicester in the final.

Will Saracens avoid history repeating itself this year? Do they have what it takes to go all the way come spring? Only time will tell.