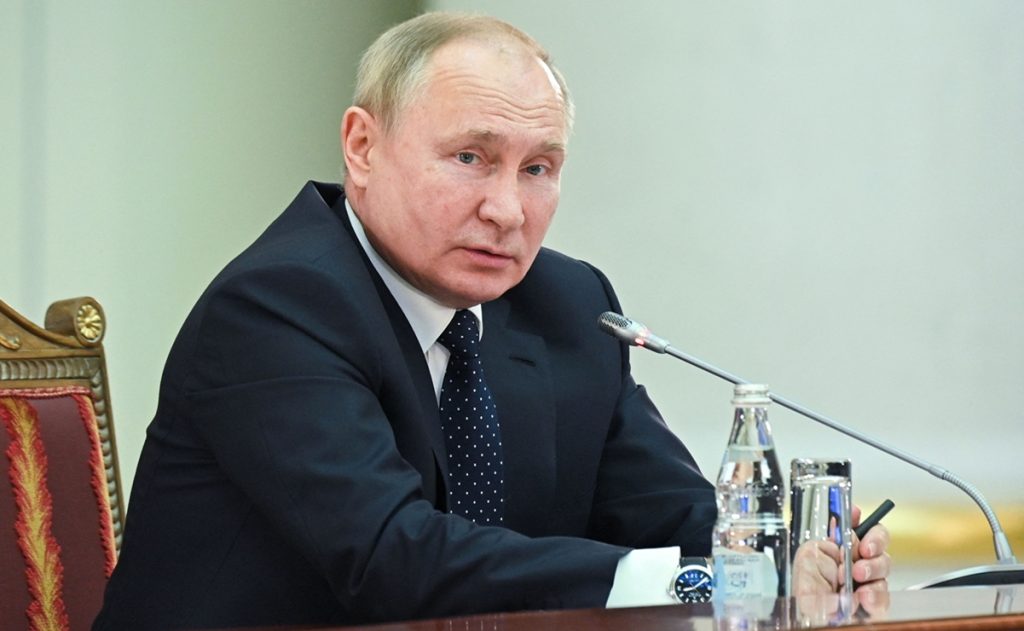 Russian President, Russian President Vladimir PutinEnsures that, in case of tension with United State And Europe for versions that are preparing to invade Ukraine, they are not Russia The country whose role is to give guarantees to calm the situation. Referring to the possible spread of the North Atlantic Treaty Organization (NATO) to the east, he wondered: “What would happen if we put missiles in Canada, or Mexico?

At his annual marathon press conference last Thursday, Putin accused the West of “brazenly misleading and deceiving” Moscow by making verbal promises in the 1990s not to expand and then expand NATO’s presence in the east. The former Soviet bloc countries of Central and Eastern Europe and the former Soviet Baltic republics.

Regarding concerns about an increase in Russian forces near Ukraine, which raised fears of a possible invasion, and US President Joe Biden’s warning that Moscow would face “serious consequences” if it attacked Kiev, Putin refused to plan the attack, but insisted on NATO expansion and deployment Weapons in Ukraine is unacceptable, a “red line”.

When asked if he can make guarantees that Russia “You are not going to invade Ukraine,” Putin said, “you are the one who should give us guarantees and give them right away, now and don’t get into a talk about that that goes on for decades.”

“Are we the ones placing missiles near the borders of the United States?” Putin asked. “No, it is the United States that comes to our house with its missiles. They are up front on our doorstep. Is it an exaggeration to demand that offensive systems not be placed near our house?”

See also  It is up to 97.6% effective, as Russia - El Financiero confirms

Then he fired: How will the Americans respond if we place our missiles on the US border with Canada or Mexico? Maybe before that there were no border problems between them? Who owns California and Texas? Did they forget? Well, it is a conflict from the past and it has already been resolved. Nobody talks about it as much as they talk about Crimea today. ”

Days ago, Russia submitted a proposal under which NATO would agree not to integrate Ukraine or other former Soviet republics, and reverse the alliance’s military deployment in Central and Eastern Europe.

Russian Deputy Foreign Minister Sergei Ryabkov told TASS news agency Jan. 10 that the United States and Russia will hold negotiations on Ukraine and security concerns in Europe, although he made it clear that he did not expect a meeting. day”.

with information from agencies.