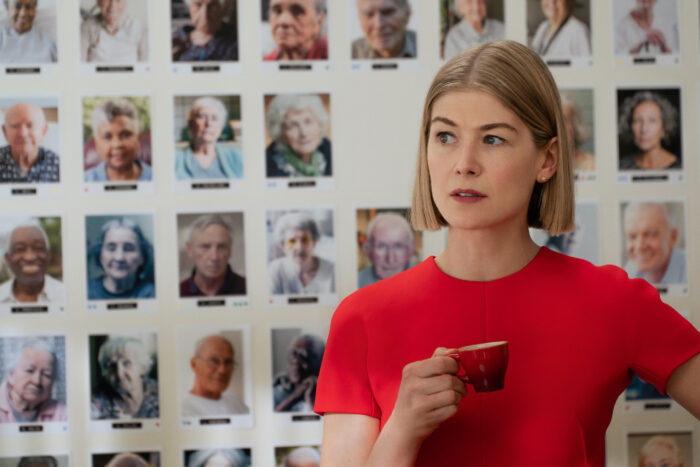 The Secret Life of Pets 2

(HBO, 5:15 PM) follows the story of Max and his friends, who pursue their secret lives after their owners leave them to go to work or school every day.

He disappeared one night

(Paramount, 11:10 pm) Patrick Kenzi is a private investigator taking over the case of the kidnapped girl. The minor’s aunt begs him to plunge into the dangerous world of the Boston underworld, places that the police cannot go to. With Cassey Affleck.

(TNT, 23:59) Two years before the outbreak of the American Civil War, King Schultz, a German bounty hunter, was hunting down killers to collect their heads. Schultz promises slave Django to release him if he helps him catch them.

In 2074, three brothers set out to change the fate of Europe, divided into countless small nations vying for power after a global disaster. The scriptwriter behind this miserable story was inspired by Brexit, the process that led to the UK’s exit from the European Union. Don’t worry, I will take care of you as a professional legal guardian, Marla finds the next perfect victim, but this time not everything will be as it seems.

A documentary about a private investigator who hires a widow in his 80s to infiltrate a nursing home and find out if caregivers are committing abuses against the people there.

A musical comedy movie about a group of ambitious and talented young people who dream of being international pop stars, but struggle with life in the real world.

When the Bell Rounds – Season 4

Recess is the perfect place to have fun with the nine friends who participated in this series.

Mickey and his friends explore the best of Singapore and Malaysia in short episodes, from their traditional food and clothing to iconic modern architecture.

A production that explores how the mind controls behavior, laughter, attractiveness, money, or language.

Flora is a fan of the 10-year-old comics whose parents recently split. After rescuing a squirrel named Ulysses, he is surprised to discover that he has superpowers that lead them on a fun adventure.

When a 14-year-old boy, who loves basketball and has a big dream about playing in the great NBA, finds a mysterious pair of old sneakers, he goes from simple tricks he does on the field to the supreme stardom of American sports.

After losing his wife and memory in a car accident, a father who is desperate to be himself again and tries to raise his daughter, undergoes a strange experimental treatment that leads him to wonder who he really is.

A terrifying movie starring Sydney Sweeney about a talented pianist who makes a terrible deal to outrun her sister and become the best student in school.