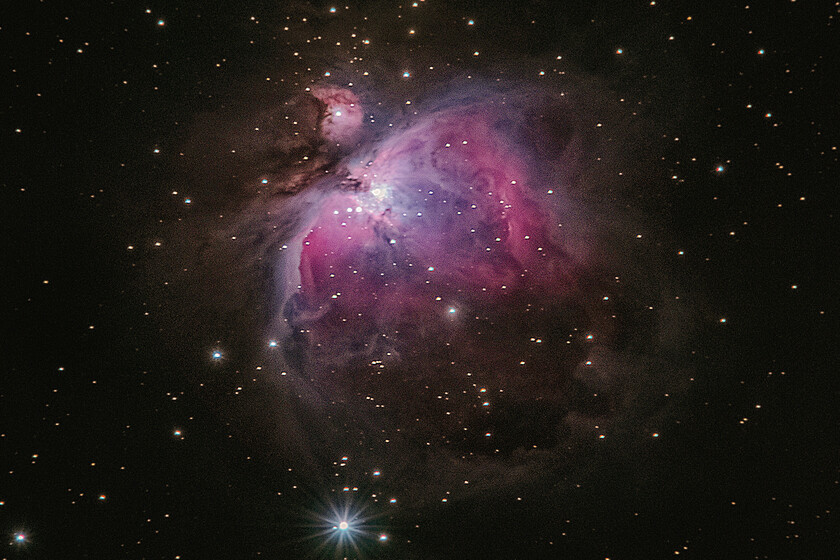 The germ of this article owes it somehow to the German mathematician, philosopher and logician Gottfried Leibniz. The limited but meritorious degree did not prevent him from developing scientific knowledge in the seventeenth century from questioning originality. The origin of the universe. About the nature of the material. About the cause of existence itself.

These questions may have been asked by other people before him, but Leibniz left us a very valuable collection of documents that Collect their reflections, Without which we may not be able to fully explain his fundamental contributions to mathematics, physics, logic, metaphysics, geology or philosophy, among other disciplines.

Observations indicate that the universe arose out of void, but not out of a void like what our classic concept of void described, but out of a false void.

Leibniz is, and I am not exaggerating in the least, one of those giants on whose shoulders current scientific knowledge stands. Unfortunately, he passed away without even being able to touch the answer to a question that, according to his writings, bothered him so much. Why is there something rather than nothing. What is the real reason for existence.

Fortunately, his ideas and the knowledge that he imparted to us have inspired many researchers who, using the scientific development we achieved during the twentieth century and the first two decades of the twenty-first century, were able to formulate hypotheses seeking to explain nature from matter. How is it possible that the universe that we know Out of the voidThis appears to be reflected in our observations. But not out of thin air. From the real void: quantum space.

From the classical notion of space to quantum space

One way to define a vacuum that is easy to feel comfortable with is to describe it as a region of space in which there is an absolute absence of matter and energy. This is the classic concept of space, and it invites us to accept that it can exist, and it does exist, Different degrees of emptiness Which can be determined by comparing the pressure in the area of ​​space that we want to measure with atmospheric pressure.

However, modern science has replaced this view. The development of relativistic and quantum mechanics has allowed scientists to develop a description of a vacuum that is more relevant to reality as it is seen as a physical state of a related system. With the least amount of energy That this may be. The implications of this idea, which has been proven experimentally, are very profound. And surprisingly, too.

Our best tool for understanding vacuum fluctuations is the Heisenberg indeterminacy principle.

From a quantum mechanics perspective, space is not empty. Contains randomly generated waves. Also, these waves behave like particles, so one way to define this quantum vacuum is to describe it as a mixture of particles that are created and destroyed very quickly. This is known as vacuum fluctuations, and the best way to understand them is Heisenberg’s Indeterminacy Principle.

We don’t need to know what this principle tells us in its entirety, but to move forward, it is good for us to know that it is a theory that defends this in the physical systems described by quantum mechanics, which studies the properties of nature on an atomic scale. We cannot select at one time The value of all physical parameters that we can observe. In classical mechanics we can describe any physical system by listing the value of the parameters that we can measure, but in quantum mechanics we cannot. 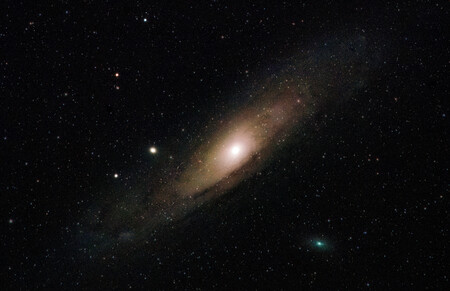 The void of space is not empty at all. It contains at least trace amounts of matter, as well as cosmic rays and cosmic background radiation.

In fact, the principle of indeterminism states that There are some pairs of ingredients, Such as a particle’s position and momentum, which are not simultaneously determined. This means that the more we try to measure its position, the less information we have about linear momentum, which is determined by its mass and velocity at a given moment.

The same thing happens in the opposite direction: the more precisely we measure the momentum of a particle, the greater the uncertainty when determining its position at a given moment. Heisenberg’s Indeterminacy Principle is a very valuable tool for our understanding Void fluctuations Because it creates an indefinite relationship between the value of the system’s energy and the time we invest in measuring it.

The direct result of this relationship is that if a vacuum, as we have seen, is not empty, but contains waves that behave like particles, then it also contains energy, and manifests itself as a field. Moreover, the field cannot have constant energy at any point, which means that in a vacuum the energy of the fields cannot be constant. It fluctuates constantly. This is the starting point for the next section of the article.

Cosmic inflation theory and the origin of the universe

The experimentally obtained measurements indicate that the universe arose out of a vacuum. From the volatile quantum void that we just described. We still do not have a theory that conclusively explains the origin of the universe, but the most acceptable because it has observational support, which has not prevented it from having critics, is Cosmic inflation.

There is still a lot to be done, and there are still many phenomena that we cannot explain, but scientists are confident that technological development will allow us to Get more accurate measurements That can be used in the future to correct and develop existing theories, or to develop new theories.

The germ of the cosmic inflation theory is the idea that the universe began from the void state of a field known as an inflaton.

The germ of the cosmic inflation theory is the idea that the universe began from a void state of a field that scientists call Plato. At that primordial moment, this was the only sphere that existed, and presumably spread throughout space, which is assumed to be infinite. One of the characteristics of blowing is that it can persist in a false vacuum state where it lacks particles associated with the field, but without remaining in a state of minimum energy.

The curious thing is that by presenting gravity from a theoretical point of view in this scenario, the inflaton acquires an enormous gravitational repulsion responsible for the expansion of space itself. This is known as inflation. The theoretical physicists who defend this theory believe that inflaton has an energy profile similar to that of the Higgs field, but differs from this in that it could be adopted A state of false emptiness Its energy was not the lowest possible. 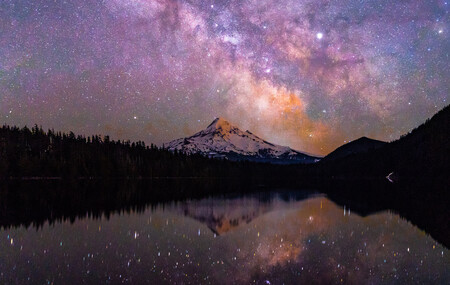 The theory of cosmic inflation proposes that space was occupied by a field, the inflaton, which was in a pseudo-vacuum plagued by quantum fluctuations that called for it to reach its state of minimum energy. This transition from pseudo-void to true void, according to this theory, gave birth to our universe.

In fact, the bulge must initially be in a pseudo-void, but with a marked tendency to reach a true state of void. During its fall to this last state it must have been subjected to a repulsive gravity, which, as we have seen, will expand the space in which this field is located. When the minimum energy value is reached, inflation can be subjected to fluctuations that will induce it Increase your energy level Dissipate your initial energy.

If the sphere, as we just saw, tends to reach a true vacuum from a false vacuum state in which its energy is higher, then the only possible strategy is to unleash its initial energy. And that brings us to the final idea of ​​this theory: Quantum mechanics argues that the release of energy occurs Generating fields and their particles This is related, so that physicists defending the theory of cosmic inflation believe that this was the mechanism that led to the creation of the fields and particles that make up the universe in which we live.

In this article, we’ve only scratched the surface because our goal is to get it as close at hand as possible, but if you like it and want us to continue investigating the origin of the universe in other reports, let us know in the comments. It’s definitely a complicated topic, however It’s also exciting We would like to delve into it with you.