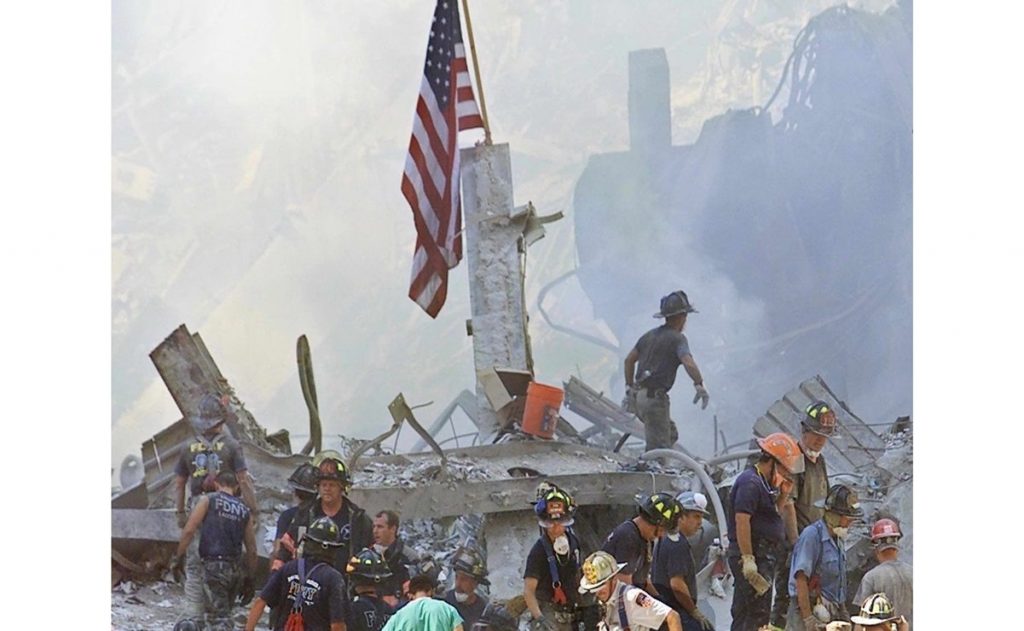 New YorkFor some, the hill represents the resilience of New York; For others it is an open wound. Falls under the debris of 9/11 attacks 2001 mixed with human remains.

The site at Fresh Kills on Staten Island was the largest outdoor landfill in the world until it closed in March 2001.

After reducing the kidnappers from al-Qaeda twin towers The site was stacked with steel and concrete, and reopened to house the ruins of the World Trade Center.

Today it is a place that generates panic among some relatives of the victims.

The first trucks arrived at night September 11, 2001 For ten months, Dennis Diggins directed the work of moving 600,000 tons of aggregate from Ground Zero.

Diggins recalls 20 years later: “I don’t know what it would be like if I had a family member here. But I can tell you the materials were treated with great respect.”

“It’s not mixed with rubbish, there is separation,” he adds from the top of the hill from which you can see lower Manhattan.

The area grew into a small town, with thousands of sanitation workers, police officers, the FBI, and Secret Service agents.

They all combed the site for clues, valuables and remains that could help identify the victims.

Kurt and Diane Horning were among the relatives of those killed in those attacks who quickly visited the area. His son Matthew was a database administrator and died when the North Tower collapsed an hour and 42 minutes after hitting one of the hijacked planes.

They were pressed as soon as they arrived: the site was littered with seagulls and mudflats. They find a credit card, a shoe, a watch.

One of the workers told them that for the first 45 days, due to a lack of equipment, they worked with shovels and shovels.

“The idea was to work within budget, and fast…” We would show the country’s resilience and not stop at the dead, Diane says. And that’s what they did.”

Read also: The undocumented people who cleaned Ground Zero, the forgotten heroes of 9/11

Diggins says instead that neither he nor his workers treated the area like an ordinary landfill and acted with “respect.”

“It was always known that there were human remains. And we never stopped to think about it,” he says, visibly moved.

He also claims that once the trucks leave the site, he hires divers to search the surrounding dock and make sure nothing is left unchecked.

Between the beginning and end of the process, the hill, which provides a wonderful view of lower Manhattan, where the towers were, rose more than 25 meters.

The pile of rubble was separated from the rest of the hill by an insulating layer, and it was covered with a plastic tarp.

Horning believes some of Matthew’s remains are buried there. So far, only part of his son’s bones have been recovered.

His attempts to remove all remains were rejected by the city government, then led by Mayor Michael Bloomberg.

“It was a double loss,” says Diane. “Some fans decided it was a good idea to blow up my son. But then my government decided I wasn’t good enough to bury him.”

The Hornings and other families suggested sending the remains to other locations in Fresh Kills that never housed the trash, but to no avail.

In 2005, 17 of them took legal action. They tried to refer the case to the Supreme Court, but the judges refused to consider it.

“I felt a personal responsibility to drag the other families into it. Now they have no hope and I have to live with it,” Diane says with a sigh.

The site still dumps more than 40,000 cubic meters of methane per day from the decomposing garbage that has been deposited there for many decades.

When it is safe, the powers New York They plan to open a memorial park on the site in 2035.

“It’s a trash can,” Diane says. “It’s like on Christmas morning you give your son a beautifully wrapped package and when he opens it there’s rubbish.”

Read also: “The plane crashed and changed our lives forever”: Nearly 20 years after 9/11