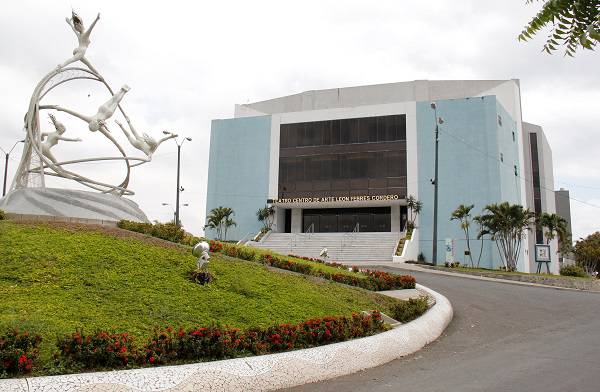 The book is titled Paradise, Abderrazak Korna, in the Literature and Wine Programme, an activity organized by the Teatro Centro de Arte (TCA). Paradise It is about “a story of maturity illuminating the cruelty and beauty of pre-colonial Africa.” It will be analyzed by Mariela Manrique, Professor of Language, Critical Thinking, Logic and Argumentation. The activity will take place on Thursday, April 28, at 7:00 PM, and will be broadcast on TCA’s (tcagye) social media accounts.

The woman of the twenty-first century is the subject of the inauguration of the 4th International Biennale of Photography at the Louis Noboa Museum on Thursday, 28 April. The winner will be announced around this day. Artists from 52 countries are participating, including Germany, Austria, Argentina, Armenia, Belarus, Bolivia, Brazil, Canada, Colombia, Costa Rica, Ecuador, Spain and the United States. The museum is located in P. Icaza 302 and Córdova, Cóndor Building, 1st floor.

Within the framework of International Dance Day, which is celebrated on April 29th each year, a new edition, the seventeenth, of the Variety Dance Festival will be held. The event is organized by Ana Maria Alvarado, who will also celebrate her fiftieth anniversary. Many dance academies will be participating in this activity which will take place on the 28th of April at 6:00 PM. It will take place in the hall of the Municipal Museum located in the streets of Sucre between Chile and Pedro Carbo. free entry.

“The Journey and Other Calamities” in Quito

Actors Sol Bustamante, Carolina Perez-Flour, Carla Yepez and Max Espinosa perform The trip and other misfortunes At the small theater UIO, located in Yánez Pinzón N25-106 and Colón, in Quito. The play was written and directed by Daniel Enriquez. Shows are held from Thursday to Saturday, 7:00 pm. Cost: $5. (And)