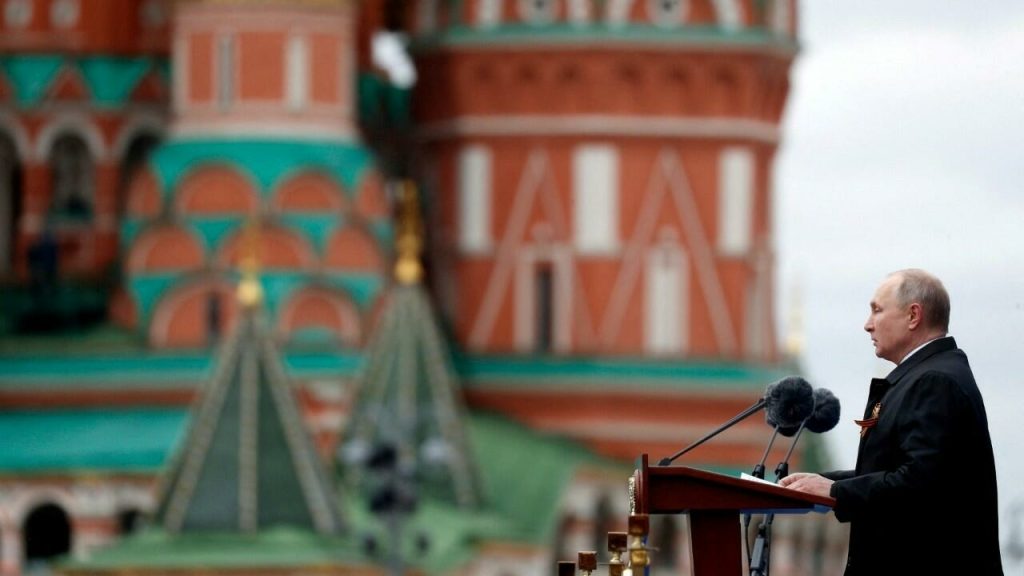 Washington and its European allies threaten to impose harsh sanctions on Russia if it invades Ukraine. With geopolitical tension rising in Eastern Europe, stock markets are bracing for weeks of extreme volatility.

US and European officials have said that in the event of Russia’s invasion of Ukraine, potential sanctions would target major Russian banks, although a ban on Russia’s participation in the SWIFT financial system was not included.

Among the sanctions being considered are the monitoring of exports of components produced by Russia for the technology and weapons sectors, as well as sanctions against President Vladimir Putin’s inner circle.

“The goal is to put in place sanctions that really do hit the Russians without losing sight of the collateral damage to those who impose them, while recognizing that the sanctions will clearly hurt Europe,” one of the sources said.

Removing Russia from the SWIFT financial system, which transfers money from one bank to another around the world, will become one of the most difficult financial measures that can be taken in the event of a final invasion of Ukraine.

Ursula von der Leyen, President of the European Commission, reiterated that all options are on the table, after her meeting with US President Joe Biden.

“President von der Leyen outlined the situation of sectoral and individual sanctions in the event of continued Russian military aggression against Ukraine. She reiterated the fact that all options are on the table and that sanctions will primarily cover the financial and energy sectors, as well as exports of high-tech products.”

The UK government has approved a new legal framework under which it can sanction companies and businessmen of “strategic importance” to Russia, as it seeks to dissuade Moscow from withdrawing its forces near the Ukrainian border.

The Ministry of Foreign Affairs confirmed, in a statement, that it targets Russian companies in sectors such as chemicals, defense, technology, communications and financial services.

At the center of the debate is the license for the Nord Stream 2 gas pipeline, which connects Russia and Germany across the Baltic Sea. Although Europe and the United States are already looking for new energy supply providers, there is no certainty that they will be able to respond quickly to meet demand in the event of a supply disruption.

Russia is the bloc’s largest energy supplier, with nearly 40% of European gas imports coming from Russia. So far, tensions in Eastern Europe are keeping stock markets volatile. On Friday, Wall Street closed with losses and the Dow Jones Industrial Average fell 1.43% on the growing fear of the Russian invasion of Ukraine.