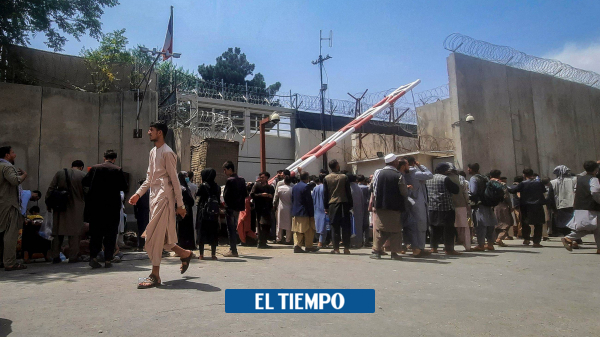 American money transfer company Western Union On Tuesday, it announced the suspension of transactions on Afghanistan Two days after the country fell into the hands of Taliban With the withdrawal of US forces.

The decision includes eliminating one of the sources of financial aid for many Afghans Transfers Or transfer money from family members who reside or work outside the country.

(You may be interested: This is how housing and their prices will change after the pandemic)

“We recognize that our services are a vital channel for our customers to support their loved ones, and we will closely monitor the changing situation and keep our customers and partners informed of any developments,” Western Union explained in a statement posted on social media.

western union, Provides the ability to send money from United State To more than 200 countries and territories, he confirmed that the dangerous situation in Afghanistan forced them to temporarily suspend money transfers, a decision that went into effect on Monday.

According to numbers from world bankRemittances sent to Afghanistan last year accounted for about 4 percent of the country’s gross domestic product, which amounted to $19.8 billion. In total, Afghans received $788.9 million in 2020 through these transfers.

Western Union and MoneyGram are the two most popular money transfer companies in most countries, University of Minnesota professor Paul Faller told MarketWatch.

The expert noted that urban residents will suffer the biggest impact of the suspension of Western Union services.

See also  The political economy of pension reform in Argentina

Afghanistan has a population of about 37.4 million, 54.5% of whom live in poverty, according to data collected in the “World Factbook”.

You also find in Economics:

Fenalco warns that 11,000 stores in the neighborhood may disappear

Who is the new owner of the Reebok brand?