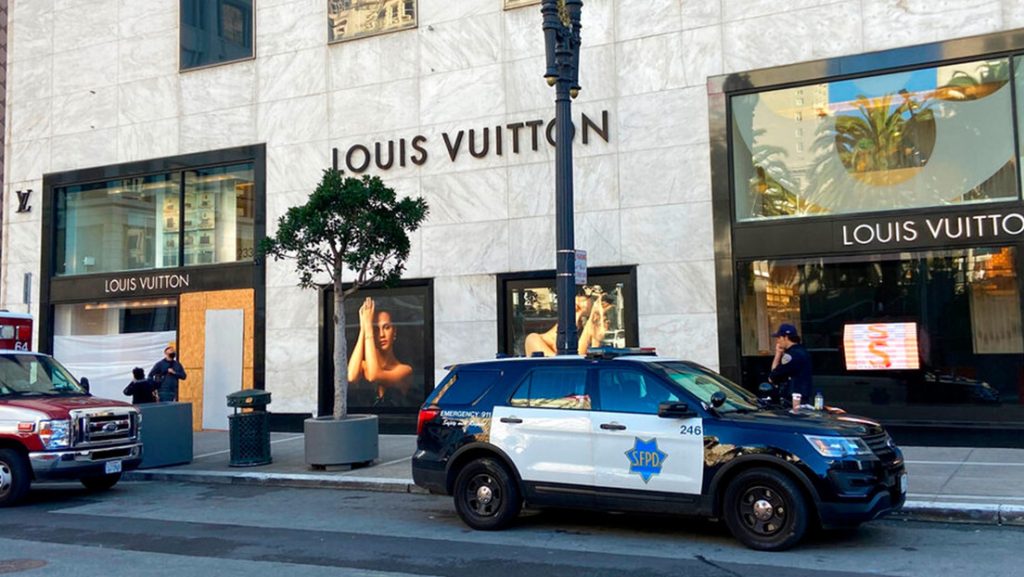 At least 8 people have been arrested in connection with the massive attack that was recorded last Friday in Union Square in California, where thieves looted dozens of businesses.

The authorities of San Francisco (USA) announced last Saturday that they will take the necessary measures after several stores in the city of California were subjected to widespread looting, Collecting local media.

At least eight people have been arrested in connection with last Friday’s looting in downtown Union Square, where groups of masked robbers attacked dozens of shops, including those Burberry, Yves Saint Laurent and Louis Vuitton.

Police said the officers confiscated two weapons and were able to retrieve them Thousands of dollars in stolen goods, although the total amount of losses is currently unknown.

“What we saw last night was horrific,” San Francisco Mayor London Breed said. “We can’t allow that to happen. If you come to our city to commit these kinds of crimes, You will be responsible“he added.

Also, Breed announced that vehicle access to Union Square will be limited.

Local Police Chief Bill Scott said customers will be patrolling the area’s car parks at all times. “We’re going to flood the area,” Scott said, specifying that the action would not be limited to Union Square.

One day after the massive attack on Union Square, about 80 people Looting On Saturday night, a luxury store chain Nordstrom in Walnut Creek, in the San Francisco Bay Area.

According to Walnut Creek Police Department, there were three people detained After the “clearly planned event”. In this context, the local media mentioned San Francisco Police are investigating Possible links What happened the day before in Union Square.