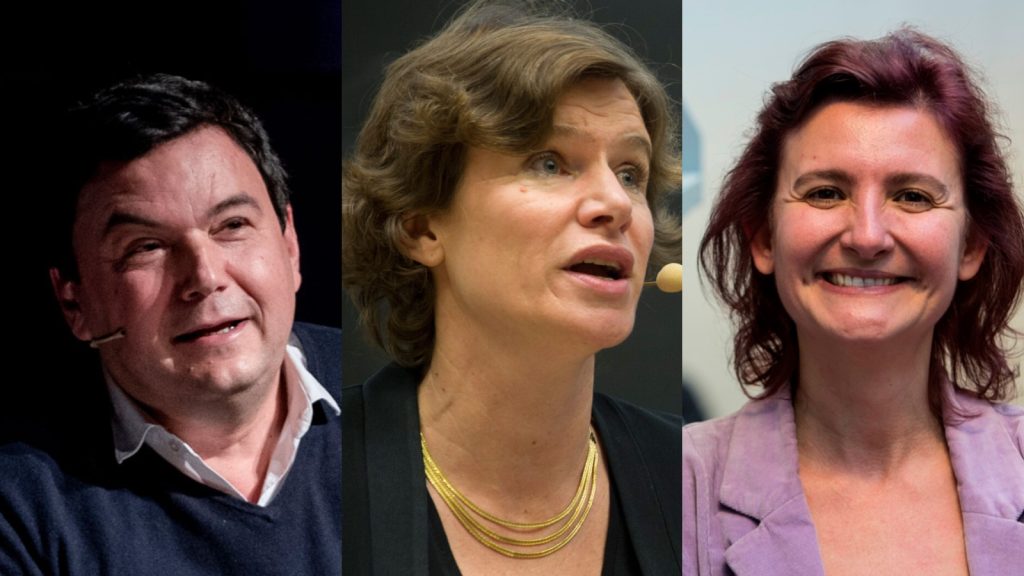 We, economists and sociologists from around the world, endorse the visionary document produced by the Constitutional Convention Ensuring sustainable growth and shared prosperity for Chile.

We believe it The new constitution It sets a new global standard in responding to the crises of climate change, economic insecurity and sustainable development. The economic provisions of the Constitution will represent gradual but substantial progress for the people of Chile.

Approach to gender issues in the constitution Marks A great leap forward in the economic model of development. For the first time, the Constitution recognizes that care work, social reproduction, and women’s health are central to the economy’s prospects.

The constitution’s tax policy mandates promise to address Chile’s economic inequality – one of the highest in the OECD – while improving tax collection according to OECD standards, Reduce reliance on extractive rents and contribute to sustainable public finances.

The business approach represents an important and democratic response to our times. By dedicating labor rights and teamwork, The constitution aims to compensate for the crisis of fragility It affects economies around the world.

Finally, the central bank’s approach sets a new global benchmark by dedicating a mandate that takes into account financial stability, job protection, and environmental stewardship, The constitution provides for a responsible structure A central bank that fits the twenty-first century.

Taken together, we think so The new constitution creates a legal structure that will succeed in preparing Chile For a new century of equitable growth, with the prospects of attracting investment, protecting financial stability and promoting development for all Chileans. The world has to learn a lot from the typical operations of the convention and the visual product that Chile will vote for in the September referendum.

Mariana Mazzucatoprofessor of the economics of innovation and public value at UCL, founding director of the Institute for Innovation and Public Purposes and chair of the World Health Organization Council on the Economics of Health for All.

Jayati Ghoshprofessor of economics at the University of Massachusetts Amherst, former head of the Center for Economic Studies and Planning at Jawaharlal Nehru University, and a member of the United Nations Advisory Council on Economic and Social Affairs.

Elizabeth Ortizformer Director of the Department of Social Protection at the International Labor Organization (ILO) and former Associate Director for Policy and Strategy at UNICEF, and current Director of Global Social Justice, Policy Dialogue Initiative, USA.

Ha Jun ChangHe is an associate researcher in the Department of Economics at SOAS London, and a former lecturer in the School of Economics and director of the Center for Development Studies at the University of Cambridge.

Thomas Beckett, Professor at EHESS and the Paris School of Economics; Co-Director of the Global Inequality Lab and Global Base.

Katharina BestorProfessor Edwin B. Parker for Comparative Law, director of the Center for Global Legal Transformation, and member of the Committee on Global Thought at Columbia University.

Jan DreesHonorary Professor, Delhi School of Economics, Visiting Professor in the Department of Economics, Ranchi University, Member of the Economic Advisory Board of the Chief Minister of Tamil Nadu.

Ellora DerenoncourtAssistant Professor of Economics at Princeton University and a member of Princeton’s Department of Labor Relations Economics.

James K Galbraith, Lloyd M. Bentsen Jr. Head of Government/Business Relations at Lyndon B. College. Johnson for International Public Education, Professor of Government at the University of Texas at Austin, and former Executive Director of the US Congress’ Joint Economic Committee.

Daniela GaborAssociate Professor of Economics at the University of the West of England, Bristol.

Dean Bakerchief economist at the Center for Economic and Policy Research.

Oscar UgartechPrincipal Investigator at the Economic Research Institute of the National Autonomous University of Mexico.

Yilmaz Aykoz, former Director of the Globalization and Development Strategies Division of the United Nations Conference on Trade and Development (UNCTAD); and former chief economist for the South Center.

See also  Eurovision 2022: How much does it cost to be the host country? | Economie

Benjamin BrownSenior Research Fellow at the Max Planck Institute for the Study of Societies.

Gilad Isaacdirector of the Institute for Economic Justice, an economist at Wits University.

Mario SeccarecciaEmeritus Professor of Economics at the University of Ottawa and Editor-in-Chief of the International Journal of Political Economy.

Alicia GeronCoordinator of the University Program for Asian and African Studies (PUEAA) since May 2017 and researcher at the National Center for Economic Research (IIEc), the independent national institute of the University of Mexico.

Bruno BonizziSenior Lecturer in Finance at the University of Hertfordshire.

Ozlem UnaranProfessor of Economics at the University of Greenwich. She is director of the Center for Greenwich Policy Economics Research and co-director of the Institute for Political Science, Economics, Governance, Finance, and Accountability.