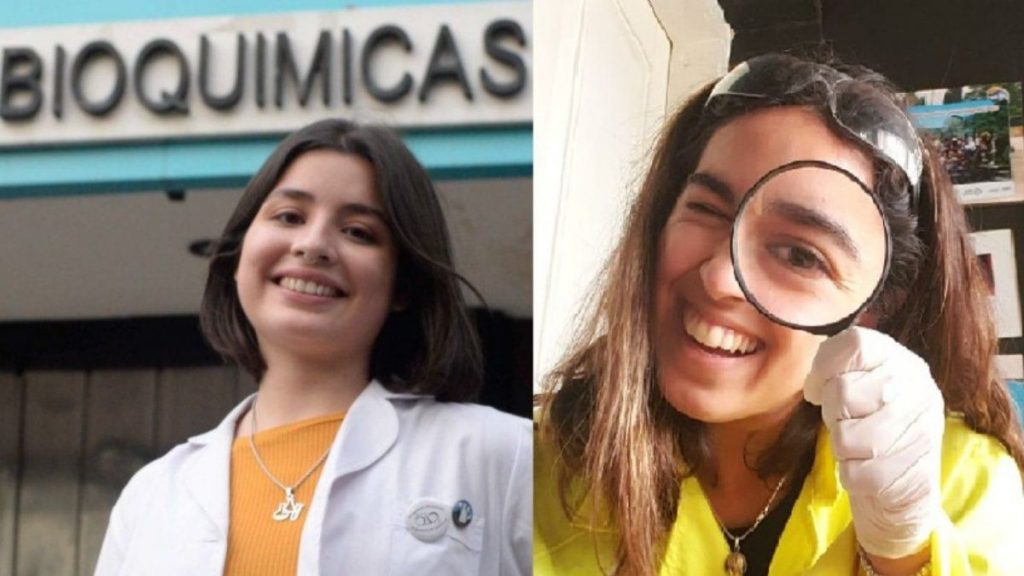 “We are connected to science 24/7, and the fact that the investigation is starting and that it has no end is compelling,” the girls highlighted to La Capital in a talk on Meet. Accompanied by the family and in the middle of exams, they go through the last years of their biotechnology degree in a virtual way.

“Race is to be enjoyed.” This is the mantra they try to repeat itself when things don’t go as expected. With attitude, leadership and a fair share of good humor they embark on this path accompanied by science. In this pandemic context, Clara stated that she has never felt too affected in her journey as a student, and that she prefers face-to-face interaction with teachers and classmates.

“We’re interested in the human part of science, and that’s exactly what we’re missing out on because we don’t find any space for that to happen either. We’re trying to do the impossible to see the experiments on YouTube, when we should be in the lab,” adds the Cordovan student, appreciating the teaching efforts . As well as homework and study via video calls that encourage the group in these difficult times.

Sol and Clara became friends a few years ago in Neuquén County, when they participated in a science camp promoted by Expedición Ciencia, an association of educators and scientists that seeks to develop scientific thinking in children and adolescents.

“On that trip, we also met a group of students of various professions, and from that moment on we began to organize our winter and summer camps, which are self-managed and take place in the cities where everyone lives,” they say. Students also explain that during the meetings they have the possibility to conduct experiments as if for the first time: “We put ourselves in the place of the world, something we will remember much more than if we studied it or saw it in a documentary.”

The human side of science

What future biotechnologists love most about science is the opportunity to transform reality, a task they assert should be in a group and lead them to investigate things they never imagined before.. Their first approach to science was in high school, thanks to their participation in the Olympic Games, an experience that also allowed them to travel to different parts of the world. For Seol, it was chemistry competitions. On the other hand, Clara discovered her interest in Biology Olympiad. “It was at that time I bought my first biology book in college, and so my story of love and eternal passion for science was born,” she says excitedly, though she admits that when she finished high school she scored grades in five majors and had a hard time choosing.

In addition to the projects that the young students participate in – many of which they have participated in with the Ministry of Science and Technology of Cordoba – each one develops and undertakes different tasks and activities in their city. Rosario serves as an assistant chair for mathematics, epistemology, and research methodology. “The diversity of our profession allows us to study everything from bacteria to disease or pollution problems,” says Sol. The young Polytechnic graduate joined a research group on Chagas disease this year and also discovered that she loves communicating science very much and participating in educational projects.. In the experiment, he began his research training in the lab this year, although he was able to attend several times due to the pandemic. 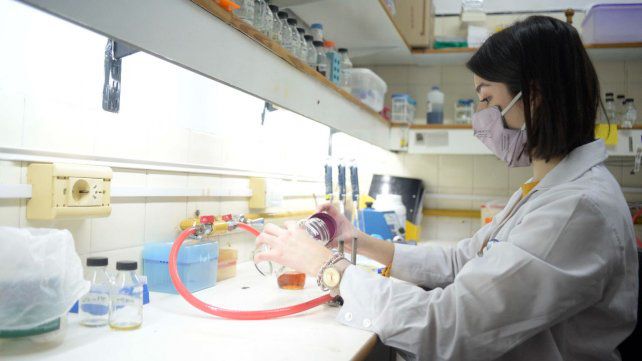 Their passion for science is also reflected in their admiration for the great scholars of history and their appreciation for their teachers and mentors who help, inspire and motivate them daily. “We’ve made relationships with very wonderful close people who have surprised us like Alberto Rojo or Jorge Montanari, who give you room to grow and not wonder if the girl you’re interviewing is from Instagram,” Sol says.

Clara, for her part, says that since she was a girl she was interested in reading the biographies of Nobel Prize winners, and that early anxiety that prompted her to investigate and ask herself questions today has a reward. The woman from Córdoba was chosen as the representative of Argentina at the 70th Nobel Laureate Lindau Interdisciplinary Meeting, a virtual interactive program that has been taking place for the past days with the participation of more than seventy Nobel laureates and 600 young scientists. A unique opportunity for interdisciplinary intergenerational exchange, which will allow you to travel to Germany next year for a face-to-face meeting.

The student also participates in two bioinformatics projects, a specialization in which she plans to obtain a doctorate and consisting of bioinformatics analysis.

“We do science because we want to change the world,” they confirm in posts from their Instagram account, where posting topics, conversations and funny memes converge around the course. Young women also share a scholarly agenda to spread open calls to students and professionals. “We are creating a society so that science can reach everywhere. We note that few boys and girls know and recognize the opportunities offered by different institutions and universities,” they affirm.

As students of the exact sciences, they refer to the competition that sometimes exists in these places, especially in those professions that are looking for job opportunities in research. “There is a myth that you need to have the best score and the best average to get a place in Conicet, which is not true,” Sol explains..

Clara recalls at the time the career guidance lectures she gave in high school, which showed scientific careers both as a unit and in the lab: “Then I found out that the opposite is true, that science is nourished by all those discussions that arise about an experiment or a seminar, and that is the important thing”.

College students say that in order to get science out of that elusive place that society has identified, more communication is needed. “If you open a WhatsApp conversation with an aunt or grandmother and look at the chains they send you, you have the answer. The pandemic has revealed it in an impressive way and it affects us globally and in Latin America, which is why we have a responsibility to take on this challenge and share knowledge. There are many people who believe that Scientific communication is a waste of time and makes you a world worse, which is something we have to reverse,” highlighted Friends.

That is why they considered making a call to link the testimonies of some scholars to their community of followers. “We are looking for the real stories because no one has gone down a perfect path in their career because behind every experiment, discovery and research there are people, and therefore they reach many people“Continue.

Boys and girls in science

Unstoppable, daring and imaginative, Sol and Clara are betting all the time on new projects. Recently, San Martin School in Villa Carlos Paz invited them to participate in a virtual class with 6th graders to talk about the scientific method. Instead, they preferred to make audiovisual materials that other schools could access later, and were inspired by a workshop they developed in collaboration with Ciencia Si, a group of young scientists from Latin America.

In a ten-minute video, available on Cientina’s YouTube channel, they manage to adapt the story of eight characters who were scientists or scientists, who changed the world with their research.. They highlight “We made this presentation designed for elementary school boys and girls, to introduce them to concepts like the scientific method and get them excited with real stories about people devoted to science.”

Following this production, the creators of Cientina were invited to present the adolescent-adapted scientific curriculum in “Ejumina Ideas”, a project that promotes young people’s personal development and social leadership through educational and cultural programs in northern Argentina.

Making science more open and accessible is like promoting gender equality and empowering women and girls. On the occasion of the International Day of Women and Girls in Science – February 11 – the Municipal Astronomical Complex invited them to record a video. With their increasing participation in educational projects, they are betting on cultural centers as spaces to advance the scientific career.

“Girls have to know they can do whatever they want and to become astrophysicists, for example, has to be an option. Science doesn’t know color or gender, it knows talent. If they like science and believe in it, we have to support them,” he concludes. Sol and Maria Clara are lively and motivated at the beginning of the conversation.