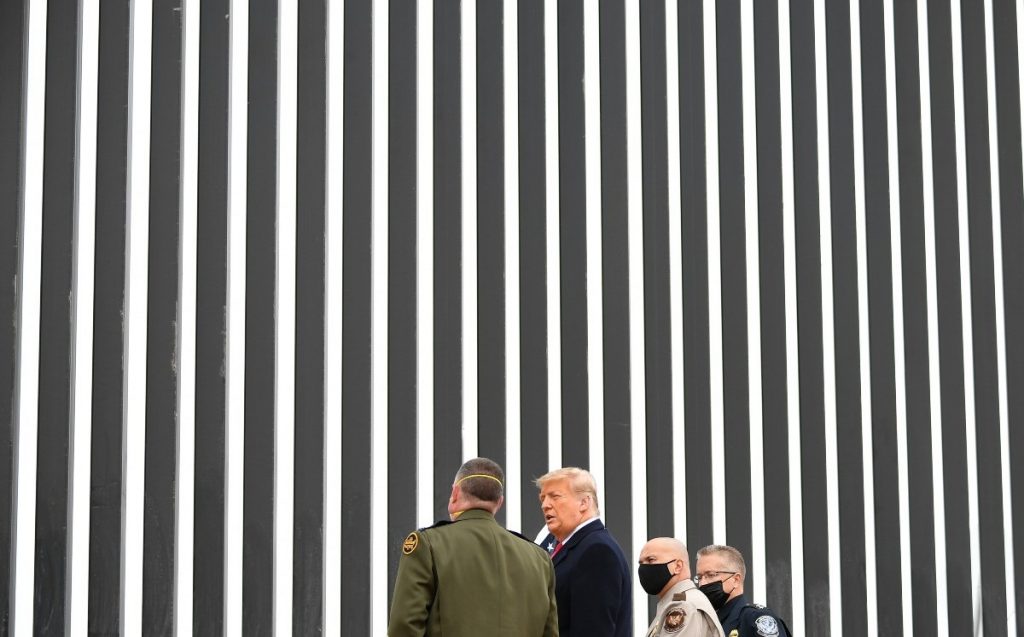 US President Donald Trump said so “We have done well,” he said, referring to the construction of the wall Border with Mexico, ensuring that the Biden administrationHe will not be able to remove it easily, “during his visit to Texas, where he supervised the infrastructure.

During his visit, Trump toured the wall, which, he said, serves the function of restricting immigrants’ access to his country.

“We are a nation of law and law (…) Now is the time for our nation to heal and it is time for peace and respect for law enforcement agencies.”

“We inherited open and dysfunctional borders and abuse, and everyone came and went here in crowds,” he added.

“We are working here, alongside some heroes, in this space, out in the open, looking at this wall. We fixed this and We have the most secure borders in US history On an unprecedented level. “

“We face cartels and smugglers, CoyoteAnd we returned the right and the law to follow it. For years, politicians promised that they would secure borders, once elected they did nothing at all, quite the opposite. They even promised a wall about 10 years ago, but they couldn’t build it, it wasn’t easy to build, the funding was hard, all the changes in the different title and the things that we had to go through, very complicated, very difficult, but we did it. ”

The president affirmed that he had “entrenched the sovereignty of the United States,” stating that laws against immigration were being implemented, defending that these restrictions were based on the work of criminal groups in the country.

The President also thanked President Andres Manuel Lopez Obrador for being “A gentleman “and a” friend of mine “regarding the border wall work.

“President Lopez Obrador is a man who knows what is happening and loves his country and loves the United States too. I want to thank him for his friendship and working relationships with me. We have 27,000 Mexican soldiers guarding our borders over the past two years, no one thought this would be possible, so we were able to reduce the numbers of (immigrants). ) Even with the construction of the wall.