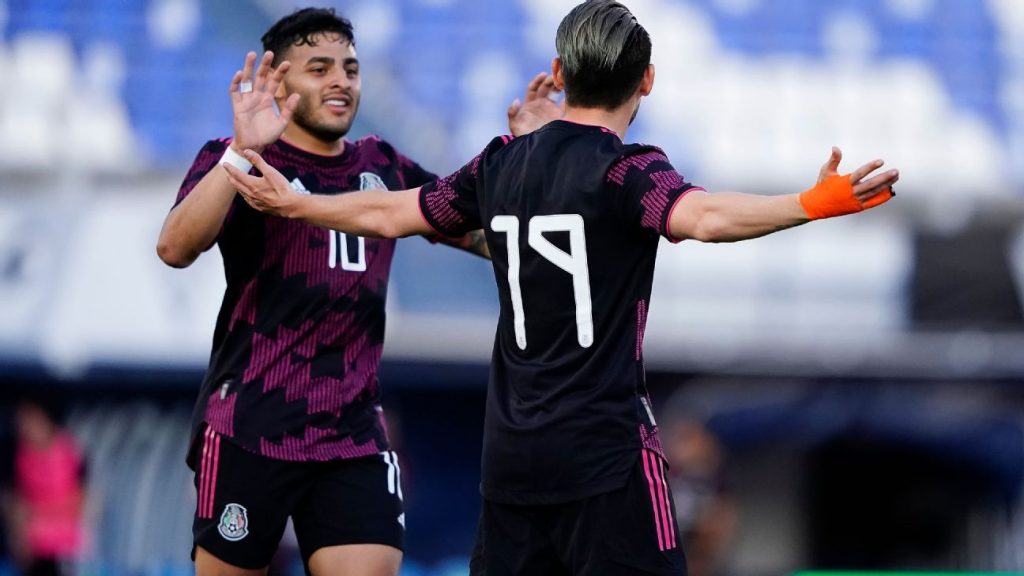 With a goal by Jesus Angolo, Mexico U-23 defeated the same class of Romania, at the start of the summer competition calendar, whose mission is to overtake Tokyo 2020.

Mexico U-23s won their first test for the Tokyo 2020 Olympics thanks to a well-guided kick from Jesus Ricardo “Canelo” AnguloBecause the Chivas player saved the victory over a similar one from له Romania 1-0 in a friendly match held in Marbella, Spain.

The first test of the team was against some Romanians, who surprised them in the first minutes of the game. Although Luis Angel Malagón did not have a lot of dangerous action in his line, the defense rushed to stop the Europeans’ attacks.

In spite of everything, the Mexicans, little by little, began to balance the match. Jaime Lozano gave instructions from the bench and worked, his pupils standing better, but they lacked depth.

Half an hour of play passed when the first shot came with an air of danger from the Mexicans, and Alexis Vega was confident in himself and fired a powerful shot that passed the Romanian goal.

During the second half, Mexico performed better. The first warning of danger in the complement was a shot from Fernando “Nenni” Beltran. The Chivas player fired from a medium distance and hit the crossbar to scar the midfielder.

The game included many errors and many moves. Both coaches began rotating their players so that they could perform the Summer Championship trial error. “Jimmy” Lozano made his modifications and one of them was the entry of “Canelo” Angulo.

The Chivas player met his colleague Alexis Vega and received a ball that he sent into the net with a left-footed shot inside the Romanian area.. It was a blow that pushed the Romans to painting, because despite their attempts to paint, time did not reach them,

The Europeans’ only dangerous play was the free kick, which was well-paid by Malagón after a dangerous rebound. It was risky, Tricolor Sub-23 won its first workout. The following Tuesday comes Saudi Arabia Day and yet they hope to continue improving for the Olympics.