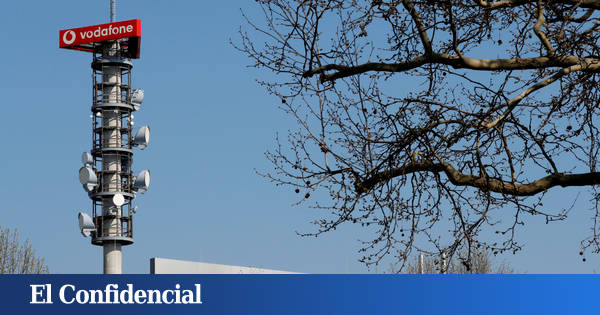 Vodafone will have to defeat the copper in the UK courts against the Spanish company Best Enhanced Technology (TOT). The SMEs led by Alvaro Lopez Medrano, who was a partner of him until 2015, are claiming responsibility in British courts for plagiarism, patent infringement, breach of contract, misuse of information, and capitalizing on the efforts of others. For some of the charges, 509 million euros are being asked for, according to the judge in charge of the case.

Last November, the European telecom giant asked the island court to suspend it, arguing it should be postponed until Resolve an issue of a similar nature That is settled in a commercial court in Madrid, because if it is held in parallel it can give contradictory results, as El Confidencial has advanced.

But the judge now does not recognize this assumption. In the judgment issued this Thursday that El Confidencial was able to access, Judge Marcus Smith He sees no problem in prosecutors pursuing their claims no matter what happens in Spain: “If TOT fails the Madrid proceedings, then there is absolutely no reason why TOT could not succeed in the UK in this case, and it seems to me that a comment imposed on TOT against its will would be contrary The basic principle which states that the plaintiff – in the absence of a valid cause – has the right to present his claim as soon as possible, “as stated in the court ruling.

See also  This is how these two new renderings of the Omicron variant are presented.

In the opinion of British justice, in addition, it determines the amount of potential damage: “It appears – for present purposes I am willing to accept – that the amount of the claimed loss is 508.9 million euros“.

Vodafone’s attorneys requested that the case be suspended when they understood it to be a violation of the courts based on the jurisdiction of the European Union. That is, according to Vodafone, with legal assistance in this case before Hogan LovellsClaimants go to more than one court to try to achieve their goals for the same reason.

Regarding the foregoing, the judge’s ruling adds: “On my part, I don’t see anything offensive in TOT Litigation against Vodafone, and at the same time similar lawsuits were filed against Huawei (TOT has a case pending in Spain against Huawei in this case, which was the provider that Vodafone took after He cut ties with this company in 2015), “My conclusion is that the procedure in the UK is not in any way an abuse of the process, at least according to the facts as they are,” and adds, “It seems to me now something perverted to prevent the progress of the procedure.”

All that is mentioned above, “TOT you want to continueAnd, as it seems to me – the judge points out – it is a right that Vodafone cannot unilaterally frustrate when presenting the court arguments it has presented, ”concludes the president of the court specializing in intellectual property in London.

At the time, Vodafone considered that if there was a person responsible in this case, he would not be responsible for the case, but Huawei, who was supposed to be the owner of the plagiarism, but a Spanish court has already rejected this. However, this sentence is appealed in the higher courts.

The new ruling highlights that what it is judged in Madrid and the UK is the same, but the way it is raised is different

In any case, Vodafone estimated as early as November that the coaches’ accusations were unfounded. In this regard, the new ruling highlights that what is judged (technologically) in Madrid and the UK is the same, but the way it is raised is different. In this sense, the court ruling clarifies that “Vodafone has held that the TOT allegations are in the first degree against Huawei It was largely unsuccessful, But Vodafone has recognized that this situation could change upon appeal. Confidential TOT and Vodafone contacted to find out their version of the ruling issued on Thursday but have not commented.

A case comes from afar

At the end of 2019, Commercial Court No. 7 in Madrid rejected a lawsuit filed by Top Optimized Technologies (TOT) against Vodafone and the Chinese manufacturer Huawei for patent infringement. The lawsuit, which dates back to 2016, has accused both multinational companies From breach of contract, Disclosure of industrial secrets and “know how”, patent plagiarism, patent infringement, unfair competition and compensation for damages.

After the ruling, the Spanish SME decided to appeal, although most of the appeals in this case are in Spain If it ran against Huawei. However, prior to arriving at this scenario, the Court of Justice of Spain ruled that it was not competent to resolve potential breaches of the contracts signed under British law, and the plaintiff was subsequently charged before a UK judge and understood that they were different unlawful. For those who have been denounced in Spain. It should be noted that TOT filed a lawsuit against Vodafone in Spain for only one case, while the rest of the crimes were claimed in the UK.

The origin of the dispute

The origin of this litigation goes back five years. TOT registered four patents in 2002 for mobile phones to improve 3G network utilization, which is very beneficial in saturated environments Like a stadium full of people. With this app, TOT started a relationship with Vodafone in 2005 that ended in 2015, when the operator indicated that Huawei had developed a similar technology. And then TOT filed a lawsuit for infringing on its patents.

This isn’t the first time the consulting and development firm has faced the tech giant. The Spanish company has already accused Xiaomi Patents are infringed on three mobiles Presented by in Mobile World Congress in 2018.