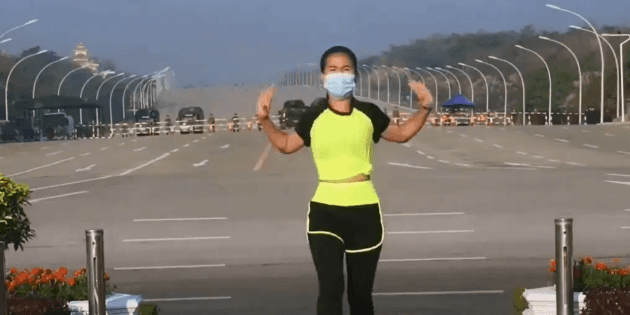 As a woman was practicing her routine training and broadcasting it live to her followers outside in Naypidu, the capital of Myanmar, a group of military vehicles suddenly appeared behind her heading to Parliament.

Marad even shared the video with another user who is an expert in video editing concluded that it was real, although it couldn’t be supported by additional sources.

The military television channel, Mayawadi, announced that the Armed Forces will rule the country for a year. He stated that this measure was necessary because the government took no action on the fraud allegations raised after the November elections (in which Suu Kyi’s ruling party won a majority of at-risk parliamentary seats) and because that government held those elections despite the coronavirus epidemic.