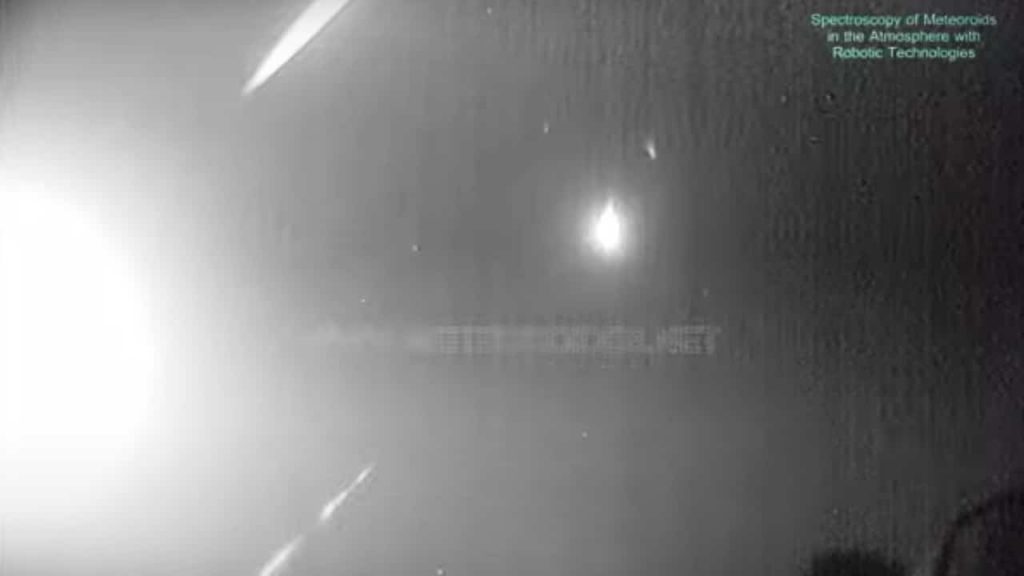 just awesome A fireball flew over Castilla-La Mancha, southern SpainAnd At midnight on July 24, a phenomenon that was recorded by detectors La Hita Astronomical Complex (Toledo) And he was seen by many people who echoed this phenomenon on social networks.

As reported by the AstroHita Foundation, This fireball was produced when a rock from an asteroid entered Earth’s atmosphere at high speed The detectors recorded that the network in which the Fireball and Meteor network operates in Southeast Europe (Red Swemn) in La Hita, within the framework of the smart project coordinated by the Andalusian Institute of Astrophysics, which aims to monitor the sky continuously records and studies the impact of rocks from different bodies in The solar system on the Earth’s atmosphere.

This phenomenon was analyzed by astrophysicist José María Madiedo, from the Institute of Astrophysics in Andalusia (IAA-CSIC), and determined that the rock that originated in the fireball entered the Earth’s atmosphere at a speed of about 75 thousand kilometers per hour. It came from an asteroid.

Sudden friction with the atmosphere at such a tremendous speed caused the rocks to glow, thus generating a fireball that began about 85 kilometers south of Ciudad Real, specifically, on the Sierra Morena perpendicular. The boundary between the communities of Castilla-La Mancha and Andalusia, and from there it advanced southeast, ending at an altitude of about 34 kilometers above the city of Ebros, in the province of Jaén.

The great brightness of the fireball made it visible from more than 500 kilometers away.