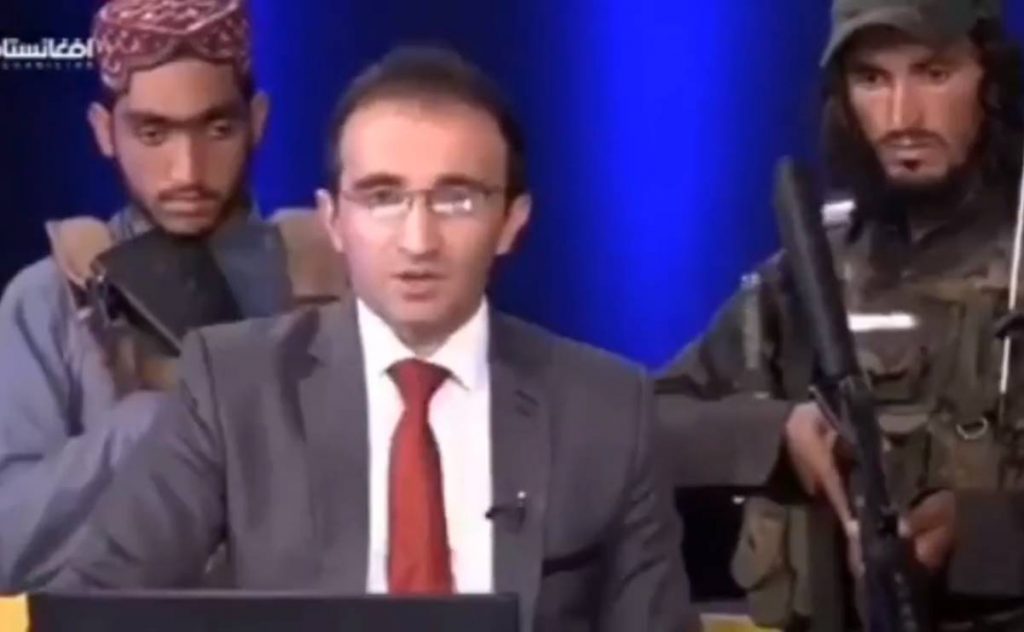 In order to withdraw foreign forces from AfghanistanDoubts are growing about how it works Taliban who took control of the country on August 15. But broadcasting it on TV where they appear armed while the announcer tells viewers: “Do not be afraid,” sparked anxiety and fear.

The broadcast, on an Afghan television network, took place over the weekend, and was broadcast by Iranian activist Masih Alinejad on Twitter.

“This is surreal. The Taliban fighters are standing armed behind this visibly confused TV presenter, making him say that the people of #Afghanistan should not be afraid of him. Islamic Emirate‘ says Ali Nejad.

The journalist is also the founder of United for NaveedA group of Iranian activists and athletes who have called on international organizations such as the International Olympic Committee and FIFA to suspend Iran’s participation in international sports adds: “The Taliban itself is synonymous with fear in the minds of millions. This is just another test.”

In the video, which was covered by international media such as Spanish ABC, the lieutenant colonel is seen giving his message while two men armed with assault rifles behind him watch. When the entrance is opened, there are eight men, all armed, behind the driver.

Read also How do Al Qaeda, the Taliban and the Islamic State differ?

“Islamic Emirate” [nombre que los talibanes dijeron que tendrá Afganistán en su régimen] They want the public to cooperate with them and they should not be afraid,” says the journalist, according to the translation of the Spanish TV station. VI.

The militants were on the program to accompany a commander who was interviewed live.

The Taliban claims to have learned from their mistakes and insisted that Afghans should not be afraid, but that has not stopped thousands of citizens from trying to flee the country since August 15.

Women expressed through social networks their fear that things would return to the way they were in the previous Taliban regime, when they were banned from studying, while they had no decision-making power. Activists and politicians indicated that they fear for their lives and remain in hiding.

Read also Picture of the last US soldier to leave Afghanistan

This is surreal. Taliban fighters are standing behind this visibly confused TV presenter with guns and making him say that people from # Afghanistan You should not be afraid of the Islamic Emirate. The Taliban itself is synonymous with fear in the minds of millions. This is just another clue. pic.twitter.com/3lIAdhWC4Q