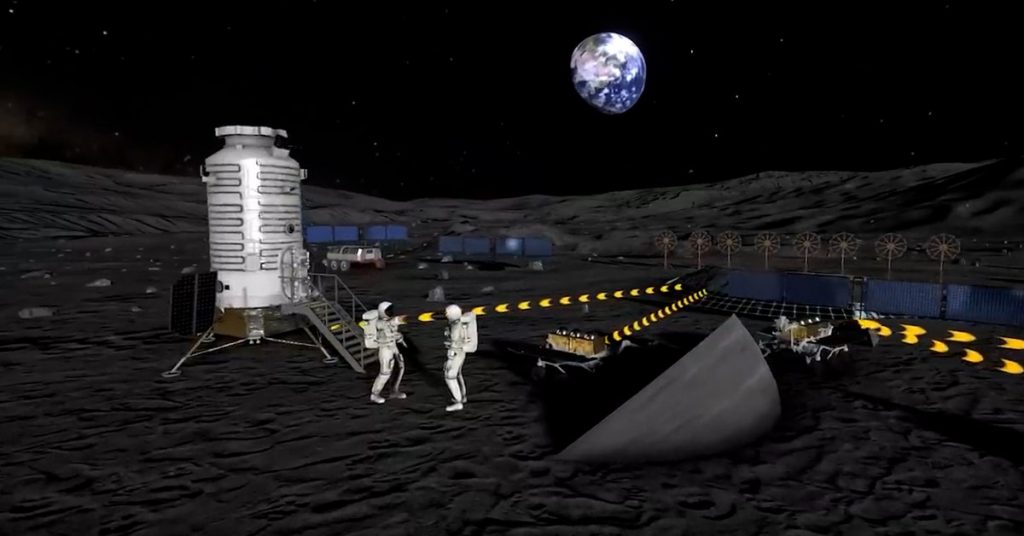 On Wednesday, China and Russia unveiled a roadmap to build The International Lunar Research Station (ILRS) which they intend to equip by 2035 And promises to open a A new chapter in space exploration and research

Chinese and Russian space officials revealed their plans at a conference Global Space Exploration (GLEX) in Saint Petersburg, Russia, indicating that the ILRS has received interest many countries s organizations.

ILRS is to be operated in conjunction with, but separately from, the lunar exploration programme Artemis from the United States.

The first stage will consist of exploration missions to locate the International Lunar Research Station.

Wu Yanhua, deputy director of the China National Space Administration (CNSA), presented the scientific objectives, Facilities, transportation, infrastructure on the moon, stages of development and cooperation frameworks for the company.

The first phase of the ILRS, designated as a survey, involves data collection and verification HD soft landing In 2021-25 with Chinese missions Chang’e 4, 6, 7, Luna 25, 26 and 27 from Russia and potential partner missions.

The second phase seeks to complement in-orbit and surface infrastructure for energy, communications, on-site resource use, and other technologies. The so-called ILRS-1 through 5 missions, respectively, will focus on energy and communications, research and exploration facilities, on-site resource use, general technologies, and astronomical capabilities. Russian heavy payload launch vehicles are listed for mission launching.

The final “use” phase after 2036 will see the start of manned landings. Then, CNSA posted English and Chinese versions of the roadmap on its web pages, while Roscomcos shared a presentation video on Twitter.

The spacecraft shown in the video includes orbiters and satellites, Descent and ascent vehiclesand the surface infrastructure of Energy, communications, jumping robots and smart mobile vehicles.

The ILRS has not yet been located. Possible destinations identified in the presentation were Aristarchus Crater, Marius Hills in the northwest of the Moon’s near side, and Amundsen Crater near the South Pole.

It is . said Sergey Savelyev, Deputy Director General for International Cooperation at Roscosmos “It is difficult to overestimate the scientific significance of the project.”

Russia and China signed a memorandum of understanding on ILRS in March. International partners were publicly invited on the sidelines of the meetings of the Scientific and Technical Subcommittee of the United Nations Committee on the Peaceful Uses of Outer Space (COBOS) on April 23.

China and Russia have presented five areas of cooperation in which potential partners can cooperate. Wu said the parties hope to release a legal document detailing the ILRS principles before the end of the year.

The second construction phase will start from 2030 to 2031 when the station is adapted to lunar soil.

Savelyev Wu said talks have been held with the European Space Agency and the French Center for Space Studies, while Thailand, Saudi Arabia and the United Arab Emirates have expressed interest in the project. However, Wu noted that the discussions are at a very early stage.

Then the development came Brazil became the twelfth country to join the Artemis Accords, the US-led effort to establish Code of conduct for space exploration.

See also  Sciences. Evidence for the origin of nearby asteroids rich in minerals

Marco Liberti, resident member of the European Institute for Space Policy in Austria, said: space news that the development of ILRS “It signals the gradual splitting of the international space community over two opposing, and possibly opposing, paths to future lunar exploration activities.”

In the third phase of use, the International Lunar Research Station will be able to receive astronaut-led missions

“Certainly, like the Artemis program, the lunar base project envisioned by China and Russia has been deliberately opened up to international partners at all levels. Even if participation in Artemis, led by the United States, does not itself rule out potential participation in ILRS, the truth is that the two projects are largely mutually exclusive in terms of partnership configurations. he added.

Science.-Flying to space with Jeff Bezos, auction for $28 million
Why does the moon make the earth spin slower every year?
The stunning images taken by the Juno probe of a giant moon of Jupiter