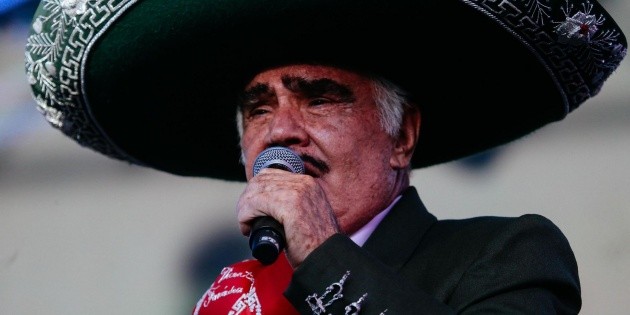 According to a statement by the family attorney Fernandezit was reported that three different federal grievance judges had granted comment on Ms. Maria del Refugio Abarca Villasinorwidow Vicente Fernandez, “so that the measures imposed by the federal authority (IMPI) continue to be in force, ordering that illegal CVs shall not be transferred and that the said institution cannot file them”; In addition, it has the effect of ensuring that “the copyrights and trademarks” of “Charro” are not invaded by Huentitán, avoiding unfair competition due to the TV series in which the above rights are infringed.

In these terms, it is explained, Televisa – and the group’s various companies – are challenging the “done” actions of the federal authorities who have been “notified”, by broadcasting a program about the life of the Ranchero singer. For its part, the TV company claimed that the judge granted her the suspension Selena Angelica Quintero Ricoat the Amparo 429/2022 trial, but was warned that “a position will be given” tomorrow.

According to del Toro Carazo law office, this temporary suspension “was conditioned by the judge on the fact that the proceedings issued by IIP were not completed, and are ‘since completed’ at the same moment they were notified by the IIP visitors” on March 11 and 14 at the legal addresses of the company; But it was clarified that “the information provided by these companies in their protection claim must not contain omissions or lies.”

Finally, according to the document, “With these decisions, we continue to work in defense of the rights of the family.” Fernandez In connection with the registration of trademarks and artistic name reservations for the exclusive use and image of Don Vicente Fernandezprotected by Articles 27 and 28 of the Political Constitution of the United Mexican States”; to conclude that what they call “piracy” should not be protected by “freedom of expression.”