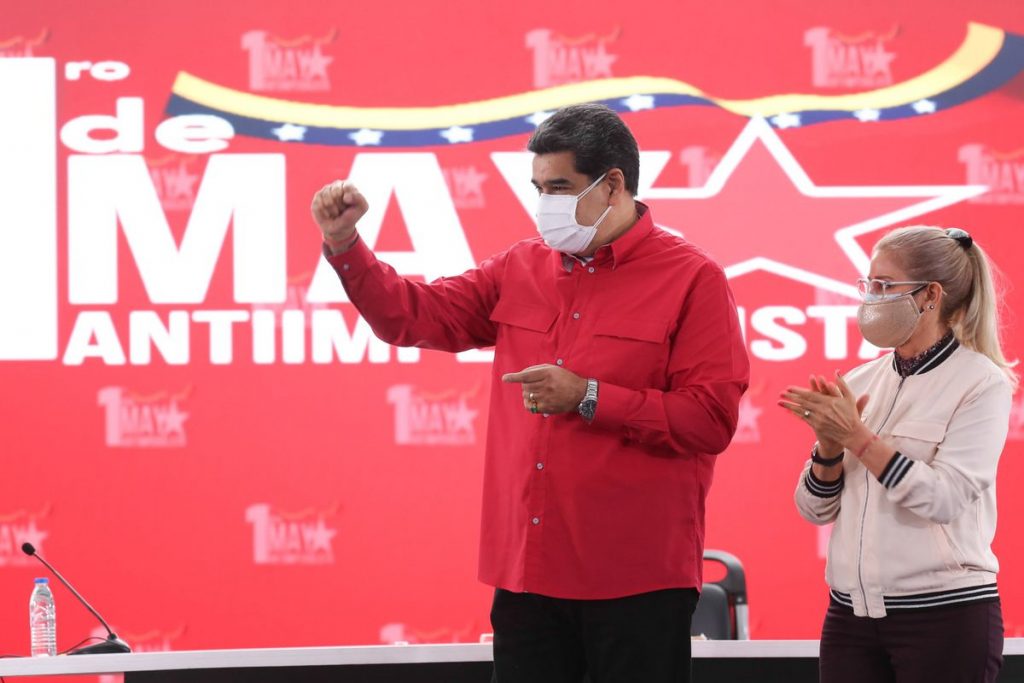 The Venezuelan government and the opposition are preparing for new negotiations that will lay the foundations on which to ease the crisis in the South American country. Mexico, after the failure of the Santo Domingo and Barbados operations, will be the headquarters of these talks, which have the mediation of Norway and the approval of the United States, key to the abolition of sanctions that burden Chavista’s hierarchy and its environment. Many of those involved, including Venezuelan President Nicolas Maduro, have said in recent weeks that they are ready to start negotiations in August, but from within, mistrust also prevails. Both the opposition sector and Chavismism assert that the foundations for what to negotiate have not yet been solidified and that expediting any talks will doom it to failure, which would be a blow to both parties, both within Venezuela and with the international community.

“Saying that something is imminent in Venezuela is going wrong, because even if you’re on the plane on your way to Mexico, everything could explode,” sums up a person familiar with the negotiations who, like the rest of those consulted, asks to speak anonymously. their identity to avoid disrupting the conversations. “Extremely counterproductive expectations are being created,” says one opposition politician. The main fear, according to this source, is that the media battle will prevail over the talks. Both sides have tactical reasons to initiate negotiations, Chavismo to achieve international recognition and Opposition to regain the lead, especially within the country. So far, the same source recalls recent public statements, all those who have succeeded are those who have been kept out of sight and which have been presented in recent years. It has led, for example, to Getting medicine and food to Venezuela; The release of political prisoners or the formation of a new National Electoral Council.

Expectations are as high as fears Consequences of a new failure. “Every negotiating cycle has left the government, the opposition and, above all, the country worse,” quits the same person, warning of an excess of optimism. In 2016, the dialogue sponsored by the Vatican and in which several former presidents participated, among them the Spaniard Jose Luis Rodriguez Zapatero, who later led Operation Santo Domingo (Dominican Republic), which exploded at the beginning of 2018, was destroyed. At the end of 2019, the operation failed Barbados, already mediated by Norway, a country that used to mediate international conflicts, in the case of the Colombian peace process. Sources agree that if the round of talks in Mexico does not bear fruit, the option of restoring another will not come until 2023, when the next presidential elections are scheduled, and with the defeat of the credibility of Chavismo and the opposition before the international community. by their inability to agree.

This time, hope a Negotiations between the Venezuelan government and the opposition They are larger, if possible, due to the participation of the government of Andrés Manuel López Obrador. The Mexican diplomat, who witnessed Operation Santo Domingo under Enrique Peña Nieto, did not specify her role in these talks, for which various places were put on the table, from Cancun to Mexico City, although the farms did as well. It is considered to be in Cuernavaca, near the country’s capital. The Caribbean option, very reasonable due to connectivity and facilities, does not fully convince a section of the opposition that fears that the environment is downplaying the importance of the meetings.

Both sides appreciate the efforts of the Mexican government and the history of the country’s diplomacy, in cases such as the Contadora negotiations for peace processes in Central America. Regarding Venezuela, Mexico has maintained an ambiguous position on Venezuela since Andres Manuel Lopez Obrador took power in 2018. He has avoided recognizing opposition leader Juan Guaido as interim president, although he has helped shelter opposition members and drive them out of the country. In addition, he collaborated with A An opaque oil exchange network from VenezuelaA recent investigation by this newspaper attests to this.

Regarding the following negotiations, although Norway held most of the initial talks, Mexico maintained contacts with the Joe Biden administration to ensure it was ready to support this process.

The United States’ agreement to start negotiations is not just a thing. Lifting the sanctions that burden the Chaveza leadership and all that surrounds it is one of the points that must be discussed. Although the Venezuelan government maintains that it is no longer a key point, since they have learned to live with them and secured the support of other powers such as Russia and China, the pressure they are experiencing is increasing, as well as from the companies themselves Americans who previously dealt with Venezuela.

The Biden administration has endorsed Juan Guaido and his entourage as a reference within the opposition, namely the sector that troubles Maduro’s executive and one of the most oppressed. two weeks ago, Former Representative Freddy Guevara He was arrested. In exchange for quiet negotiations, he said the campaign for the US midterm elections would intensify soon, which would sidestep a docile stance on Biden’s part regarding the Caribbean nation.

The release of political prisoners and the election schedule will be other points to be discussed in a process that, according to the sources consulted, is expected to have a system very similar to that of Barbados negotiations; That is, holding meetings in Mexico for a few days and then returning to discuss each of the issues discussed separately. Everything indicates that the visible head of the Venezuelan government in the negotiations will be Jorge Rodriguez, President of the National Assembly and one of Maduro’s strongmen. On the opponent’s side are Gerardo Blade, Carlos Vecchio and Thomas Guanipa.

With regard to the electoral schedule, the regional elections scheduled for the end of the year are crucial, as they are the only window left for the opposition to restore political capital on the ground, while it did not participate in the recent presidential and parliamentary elections. It was considered a scam by Chavismo.

Tensions within the opposition were not insignificant in this regard. The sector led by Juan Guaido and Leopoldo Lopez – although they are not the only ones – and which has the support of the United States, was established as a condition indispensable condition That negotiations include an electoral calendar leading to a hypothetical presidential election. Chavismo, which is in the process of reshaping its bases, is very interested in recognizing this year’s elections to restore international recognition.

In recent weeks, Maduro and his government have ramped up their messages that they are ready to go to Mexico now to negotiate, increasing pressure on the opposition, to which they attribute three different negotiations: with Chavismo, among themselves, and with the United States. … a situation, which is an attempt to agree with several links in the same chain, reminds us in a certain way of the situation that the Colombian government delegation experienced during the peace process with the FARC in Havana. Although they are very different processes, there are also other similarities, such as a sense of urgency, to being an ultimate thing. Now or never. After the talks in Caguan, Colombia could not stand another unsuccessful negotiation. In light of what the executive and the opposition say in private, it seems that Venezuela, its population above all, cannot afford the failure of another operation.