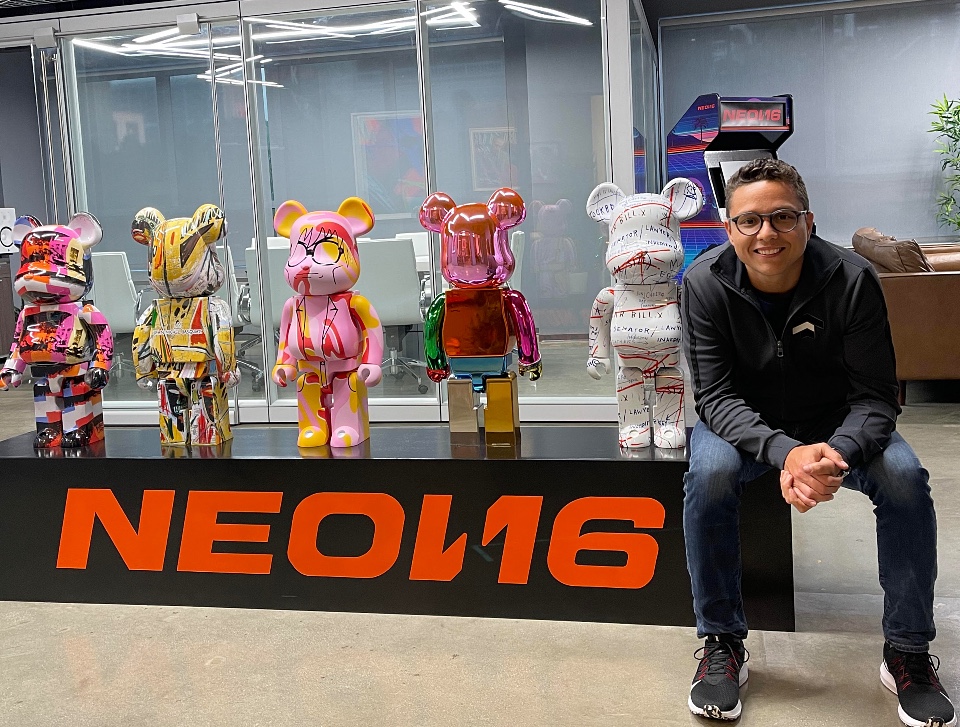 Alejandro Vicuña continues to expand his career in Latin music. Since last February, a new professional stage has begun, this time in NEON16. Founded by Lex Borrero, the famous CEO of Music and Teni, the most important producer of Latin music at the moment, NEON16 is a company that serves as a record label and management for artists, publishing and event production and in which the Venezuelan serves as the general manager.

Vicuña, who previously worked at CMN with artists such as Marc Anthony, Alejandro Sanz, Wisin & Yandel, Ozuna and Maluma, is currently leading the NEON16 task force that works to advance the careers of new artists and create experiences with the goal of influencing culture through music. They recently did so with NEONCUP, a football fair that featured the most famous celebrities in the current Latin music scene, such as Nicky Jam, Tainy, Rauw Alejandro, Piso 21, Feid and others. The event was sponsored by Adidas, Buchanan, and Twitch, with the latter responsible for sending more than 500,000 people connected.

NEON16 was named by Fast Company as the Most Innovative Music Company of 2021, and led by Lex Borrero, this company has contributed so much to Tainy’s great talent that made him the number one producer of Latin music on the level. According to Billboard magazine, it is responsible for visits such as Duketty Written by Bad Bunny and Jay Cortez, I love her by J Balvin, Bad Bunny and Cardi B, China Written by Anuel and Daddy Yankee, Kalita DIY Bad Builder, one day De Tiny, Dua Lipa, J Balvin and Bad Bunny, dance with Me Selena Gomez Y Ro Alejandro, addicted with Anuel, reggaeton by J Balvin and Water With J Balvin (the SpongeBob movie), among others.

Alejandro and the NEON16 team are currently working on The Tainy Show that will premiere at the Neon Experience Festival in Las Vegas this September, which will feature the main participation of JBalvin and other artists. Like Karol G.

NEON16 also represents the careers of artists such as Dylan Fuentes, Jodosky, Alvaretto Diaz and Chris Floyd. Dylan is a Colombian artist who has over 1 million followers on Instagram and has recorded songs with Myke Towers, Feid, Tainy, Alvaro Diaz and more. On June 11, he released his latest single, Dance me in kisses With the famous Venezuelan artist Danny Ocean, the author of the song I refuse.

To follow in his footsteps, visit his social networking profile: @alevicuna.