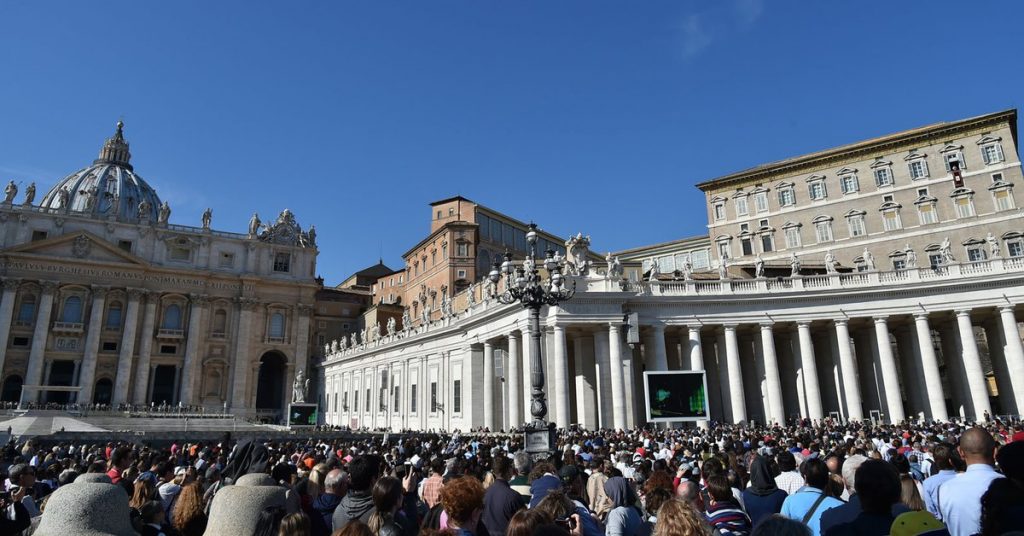 The Vatican has formally asked the Italian government to amend the bill against homophobia and transphobia that is currently being considered in the Senate, such as He considers that in some of its passages he could violate the Concordat, the convention regulating relations between Church and State, which today reveals “Il Corriere della sera”.

The request, which was made by means of a “note verbale” presented by the Minister for Relations with States, Paul Richard Gallagher, last Thursday at the Italian Embassy to the Holy See, It is an unprecedented event in the history of relations between Italy and the Vatican, which has not yet intervened during the approval process of an Italian lawAccording to the newspaper.

The text reads, “Some of the current content of the legislative proposal being considered in the Senate diminishes the freedom guaranteed to the Catholic Church under Article 2, paragraphs 1 and 3, of the Revision Agreement.”

The aforementioned paragraphs refer to “Freedom to organize and public practice of worship and to practice teaching and episcopal service” and to guarantee “Catholics, their associations and organizations complete freedom of assembly and expression of thought in words, writings and any other broadcasting medium”Description of the mediator.

Among the questions raised is that Not only will private Catholic schools be exempt from organizing activities during the future National Anti-Homophobia Day, but also fear for Catholics’ “freedom of thought” and potential legal consequences. The Holy See wrote to the Italian government: “We ask that our concerns be taken into account,” and adds “Il Corriere della sera.”

A bill against homophobia and transphobia promoted by Democratic Party (PD) Representative Alessandro Zahn has been approved in the House of Representatives with 265 votes in favor and 193 against on 4 November. Since then, wait for the green light from the Senate The fierce opposition between the right and the extreme right.

“We have always been in favor of very strict standards against homophobia, and we still support these standards and the Zan bill, but we have always been open to discussion in Parliament and we will support legal problems,” Enrico Letta, secretary of the PD, the main Italian progressive formation, confirmed today after revealing a request Vatican.

The vice president of one of the media organizing associations said that “the Beech Law is a discriminatory law that aims to accuse all opposition voices of homophobia” that supports “the concept of a family consisting of a mother and father.” . , Jacobo Kogg.

Representative Alessandro Zahn explained, “Italy has to decide which side it is: if it is with the majority of the most advanced countries or if it slides towards liberties, such as Poland and Hungary”, which “much reminiscent of Nazism and apartheid”, the decision that could become the first Law to combat homophobia in the country.

According to the “Rainbow Map” of the International Lesbian, Gay, Bisexual, Transgender and Intersex Association (ILGA-Europe), which measures the degree of legal protection of the LGTB community for each country, Italy has 23% protection, apart from neighboring countries such as Spain (67%), the UK (66%), France (56%) and Germany (51%). “Hopefully there will be a law against hate crimes this year”Zahn said, although his parliamentary career is very complicated by “obstruction”, it was also denounced by the PD, the head of the Senate Justice Committee, Andrea Ostelari, of the far-right Lega.