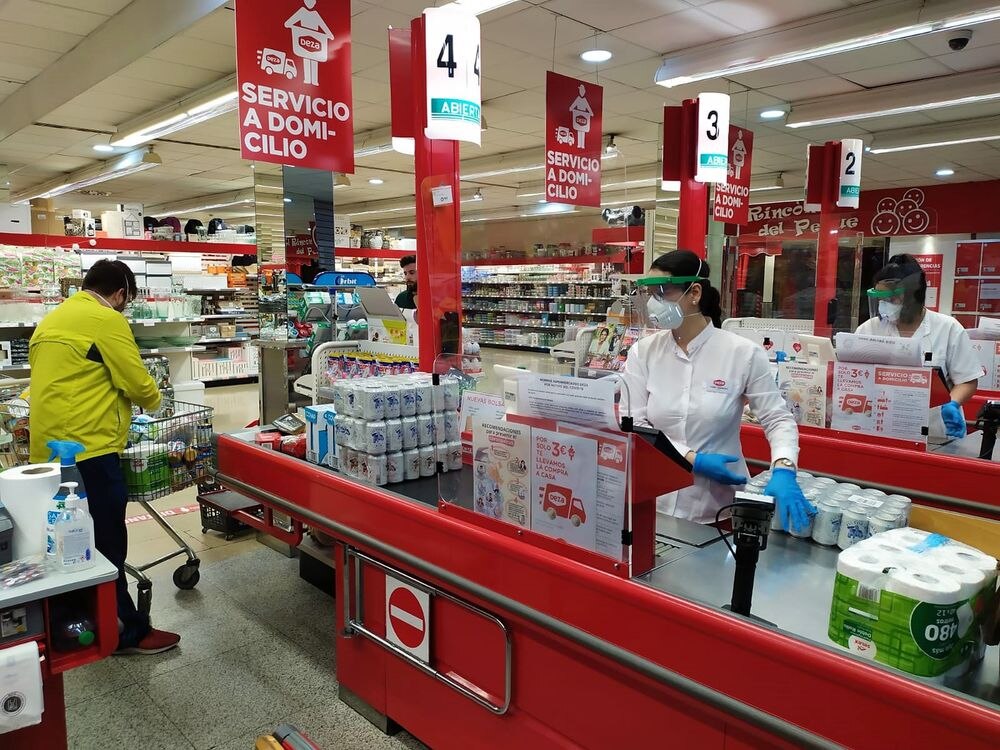 Spain’s road to recovery will be more complicated than that of other economies. This is how the last one reveals Economic and financial report From Esade, published on Wednesday, which identifies ERTE extension (temporary layoffs), European aid management and potential corporate bankruptcy as the main challenges for 2021. Spain, with a strong dependence on the service sector and a large number of small businesses facing difficulties, it will not be easy In addition to this, the difficulties that still exist to control the epidemic: vaccination is the first step and there are still unknown matters that must be removed, such as when adequate social immunization will be achieved.

The study also warns of the asymmetric blow of the crisis. Although in general it can be seen that the impact on the Spanish economy has been severe, not all sectors have experienced it with the same intensity. And this, in the opinion of the authors of the report, which was carried out in collaboration with Banco Sabadell and directed by Tony Roldan, Director of EsadeEcPol, contributed to widening the gap between countries in Northern and Southern Europe. But they warn that this isn’t the only gap in which the pandemic has widened: It has also done so with work, gender or education, as well as the divide separating large firms from small and medium firms.

The report indicates a bad start to the year due to the third wave and that is why between 600,000 and 800,000 people are expected to remain in ERTE during the first half of 2021. This figure indicates unforeseen expenditures in budgets and the authors note, who also highlight the important role of this number In avoiding permanent layoffs and thus increasing unemployment. However, they also believe that the measure cannot be extended indefinitely: “Sooner or later, those in charge of economic policy must allow the reassignment of part of the workers still in the ERTE to other sectors of greater activity and job creation,” according to To study. .

The second challenge, which the report describes as “formidable”, is channeling the arrival of European recovery funds. Through the European Union’s Next Generation Program, Spain expects to receive up to 140,000 million euros (between loans and injections that are not refundable) and for this it must present specific projects that meet the requirements that Brussels demands, and thus can obtain these grants. The report’s authors highlight the importance of getting this money to small and medium-sized businesses, as it helps foster more inclusive growth, is more environmentally friendly, and promotes digitalization, and the great evidence Europe has put in place to promote this money helps.

Although aid is a key pillar of the recovery, Spain is at much more risk from its growth this year and the next. The authors of the study indicate that the future productivity of the Spanish economy will depend on this transition towards a greener and digitized economy, and thus, its ability to compete globally, attract investment, and generate more qualified and better-paying jobs. Along with the stimulus measures coming from Europe, the report insists on the importance of planning fiscal measures that reduce public debt, which would allow more room for the introduction of other economic policies in the future. In short, the recovery is not all dependent on the increase in public debt and the massive economic injection expected from Europe in the medium term.

In analyzing the latest macroeconomic data, the study highlights that the contraction of the euro countries as a whole in 2020 was 8.3% of GDP, which is greater than that of other economies due to the more stringent containment measures adopted. But the decline particularly affected Spain, along with Portugal, France and Italy. The outcrop would have been greater “if the ESP deficit clause had not been activated and thanks to the European Central Bank (ECB) specific measure, which avoided increases in risk premiums in member states,” the authors say.

The report expects that these emergency measures will be eased to make room for the incentives of the European Union’s plan for the next generation. Cutting some indirect taxes and increasing public investment completes the prescription for a recovery that will see the euro area grow by 5.2% this year. However, with the exception of some small economies, common currency countries are not expected to restore pre-epidemic production levels until mid-2022. Going back to this year’s forecast, Esade experts reported an increase in GDP in Spain of 5.9%, and in Italy 5.2%. And in France, 6%. The smaller the bounce (the smaller the decrease) is in Germany, with an estimated growth of 4.2%, or in the Netherlands (4%).

Outside the Union, in the US, where the economy shrank by 4.3% in 2020, it will grow by 3.1% in 2021. For the UK, which has been declining by 9.8%, a recovery of 5.3%. Japan will go slower, falling 5.3% and this year will advance 2.3%. Projections for emerging economies as a whole are that they will grow 6% this year, albeit in a more difficult and ambiguous context, given that many of them have bigger problems than those of more advanced economies to control the pandemic. In addition, these countries’ public accounts are under pressure from declining tourism and their reliance on external financing, with deficits exceeding 10% of GDP. The sharp decline in GDP last year will not be offset this year in most Latin American countries.

Only China, the only major economy to experience a positive growth rate in 2020, will grow again at a faster rate than it was before the pandemic. This year, 8.2% are expected to do so thanks to the relative control of the virus, despite the fact that it originated in its territory, allowing it to restore some normality in activity already in April of last year and culminating in another very successful practice on exports.