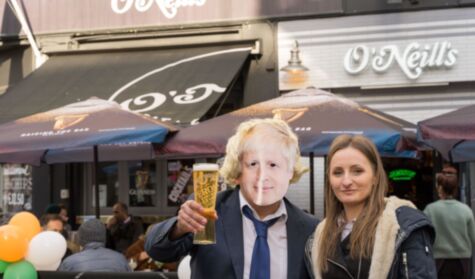 All hopes are in The recovery of the economy and normalcy after the pandemic are currently focusing on vaccination. However, the truth is that Spain, and the vast majority of countries, still has a long way to go to obtain sufficient herd immunity to fully reopen economic and social activity. But, as always, there are exceptions: according to data from Our world in data Updated to April 24th, Israel leads the world in vaccination, with 60% of the population receiving at least one dose, Followed by the United Arab Emirates and the United Kingdom at nearly 50%, while Chile and the United States have already vaccinated doses for more than 40% of the population.

On the contrary, Spain vaccinated only 22% with at least one doseOnly 8% received the full instructions.

Faced with this situation, an interesting scientific debate in recent weeks about how low doses of coronavirus vaccines are being given has gained prominence in our country (and in many others). Specifically, the possibility Extending the time between administration of the first and second doses of the vaccine in order to extend immunization To a larger population. In other words, it is related to expanding the vaccination scope to a greater number of people, The prejudice that we will have to wait a longer time to receive the second dose.

This has been the path taken so far by countries such as United kingdomThe measure accelerated the vaccination rate and allowed for a long-awaited easing of restrictions on April 12. I followed the same strategy before Israel, The world leader in vaccination, as the first day was recorded last week without deaths from the Coronavirus and where the mask is no longer mandatory in open spaces. Other countries like Canada They have also chosen, practically from the beginning, to postpone the second doses, while … France ad Lately, this will increase the time between the two doses from four to six weeks.

Back in Spain, on April 20, the Public Health Committee examined a document from the Ministry of Health that included a proposal to postpone the second paracentesis of Pfizer and Moderna by 6 and 8 weeks for children under the age of 79. However, the organism I finally decided to keep the current system, Despite the fact that many experts, like speaker From the Spanish Public Health Association (SESPAS), she was in favor of a change in strategy.

Despite everything, Spain’s refusal to delay the vaccination of a second dose is not without logic, but rather responds to a series of uncertainties hanging over the aforementioned strategy:

1- Is the effectiveness less than one dose?

One reason that two-dose immunization may be prioritized is: The vaccine is less effective with a single vial. Specifically, if those who received a dose had to wait a long time to receive the second dose, they could become infected or have to be hospitalized with a greater likelihood than if they received the second vial more quickly. This thesis is, however, amenable to description, as it has been demonstrated The Immunomodulatory effect One high dose It is not far from that obtained with two doses.

Specifically, prof a study Conducted in the UK based on 1.7 million smear test results that reveal this One vial reduces infection by 65% ​​with the Pfizer and AstraZeneca vaccines70% versus two doses of Pfizer (no data yet with two doses of AstraZeneca). According to study co-author Koen Pouwels, these results are positive enough “to support the decision to extend the time between the first and second doses to 12 weeks” in the UK.

Regarding the prevention of hospitalization with a single dose, a study was published in The scalpel One confirms 91% reduction in hospital admission With Pfizer and 88% with AstraZeneca.

Despite this good data, the refusal of countries such as Spain or the United States to delay the administration of a second dose could depend, in the first place, on You suspect the protection on one vial is short-lived. Although there is no conclusive data in this regard yet, Prof. Pre-publication (Not yet revised) In Scotland it is found that protection will be reduced to 58% within six weeks of the first injection.

2. Can mutations increase by delaying the second dose?

Another of the doubts of the authorities regarding the change of strategy lies in the possibility of promoting the emergence of new variants or mutations of the virus by postponing the second dose. It is feared that if the virus multiplies and mutates in the presence of a partial immune response, Mutant variants may have an advantage And the ability to evade the immune system. In fact, this is the hypothesis that handle Anthony Fauci, Joe Biden’s medical advisor, refuses to delay the second dose.

However, the mutation theory is not supported by all scientists. Actually, modern Article The publication in the prestigious journal Nature considers it The chances of antigen escape (mutations) occurring are very lowAnd, in fact, this could be even greater if priority was not given to vaccination of the first doses. This means that there is a greater likelihood of mutations in a scenario in which a small number of people are vaccinated with a full schedule compared to a scenario with more people vaccinated, but with partial immunity.

As it turns out, the scientific consensus on this issue was not yet final. In addition, despite the implementation of the “policy” of delaying the second dose, there are many other nuances, such as the fact that Older people or critically ill patients may be seen Damaged By a lower immune response You have waited too long to receive your second dose. In any case, what seems certain is that the strategy being implemented by countries like the United Kingdom does not seem as far-fetched as some initially suggested. Science will decide who is right.