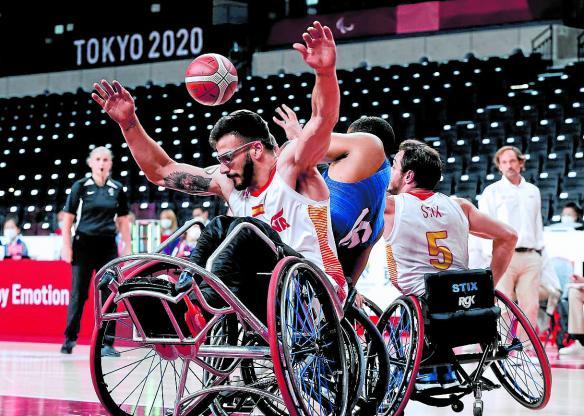 Donostia Once again, the United States is putting the Spanish basketball team in a wheelchair away from their dreams. If at the Paralympics in Rio, the team led by Asier García and David Mouriz, who was awarded by the Basque team, had to be content with the silver medal after falling in the final against the North American team, in Tokyo, Spain would have to fight for the bronze after being dropped From the semi-finals (52-66) by the current Paralympic champions.

The fact is that those trained by Oscar Trigo could do nothing, or do almost nothing, due to the quality of the candidates for the gold metal. America was simply better. “We came with the ambition to win the gold and that’s why we have to win everyone. Now we have to try to recover and think about the bronze medal we definitely deserve and who’s watching,” Garcia stressed. That way, in order to climb to the last step of the podium at these Paralympics, the state team will have to beat the UK (tomorrow, 3.00) that comes from a semi-final loss to Japan.

However, in yesterday’s meeting, Spain faced the impressive United States. The North Americans defended more, pressed more and played more, and in the final minutes opted to take turns, resting their wrist in the final against Japan.

“We were expecting the match to be more balanced. They broke us in the second quarter and we couldn’t come back. They showed a lot of speed. You have to get up quickly because you have to fight for the bronze medal,” concluded Mores.