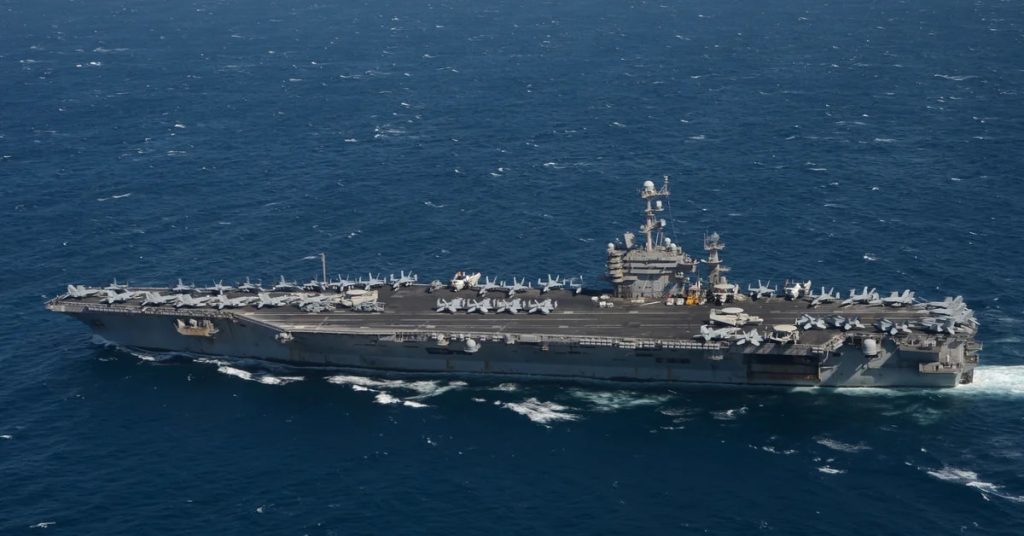 Defense Secretary Lloyd Austin ordered a group of US Navy attack ships to remain in the Mediterranean rather than move to the Middle East.Amid fears that thousands of Russian forces will build up near the border with Ukraine.

A defense official said Tuesday that the change in schedule for the USS Harry S Truman and the five accompanying US warships reflects the need for a permanent presence in Europe.. The official, who spoke on condition of anonymity to discuss the details of the military deployment, said it was necessary to reassure US allies and partners in the region.

Allies of the United States and the West have seen the concentration of Russian forces near the border increase to a maximum of about 100,000, raising fears that Moscow is preparing to invade Ukraine.

Russia annexed Crimea from Ukraine in 2014, and shortly thereafter backed a separatist rebellion in the east of the country.. For more than seven years, the fighting killed more than 14,000 people and devastated the industrial region of Ukraine, known as Donbass.

Russia has denied any intention to launch a new invasion and instead accused Ukraine of making plans to try to use force to regain control of territory held by Moscow-backed rebels. Ukraine rejected this claim.

The Truman left Norfolk, Virginia, on December 1 and entered the Mediterranean on December 14. It was to continue in the Gulf region.

On the other side, United States and Russia To discuss nuclear arms control and tensions over Ukraine on January 10, a National Security spokesperson reported to France Press agency.

“The United States hopes to engage (in dialogue) with Russia.” said a spokesman for the National Security Council.

“Russia will be able to put its concerns on the table and we will bring our concerns, in particular Russia’s activities,” he said.

We will hold the main round of negotiations with the United States It will take place as soon as the New Year celebrations are over.” For his part, said Foreign Minister Sergei Lavrov.

The bilateral meeting will be held on January 10 in the framework of Strategic Security Dialogue launched by Presidents Joe Biden and Vladimir Putin During their summit in Geneva last June.

(With information from AP and AFP)

Russia once again reduced military movements on the border with Ukraine and targeted the European Union and the United States.
Russia increases tension with Ukraine: will conduct exercises with paratroopers near the border to simulate an invasion
After months of tension, Russia and Ukraine reached a preliminary agreement to ratify the cease-fire in force since 2020
See also  What is happening in India? 3 reasons that could be behind the uncontrolled increase of the epidemic - El Financiero