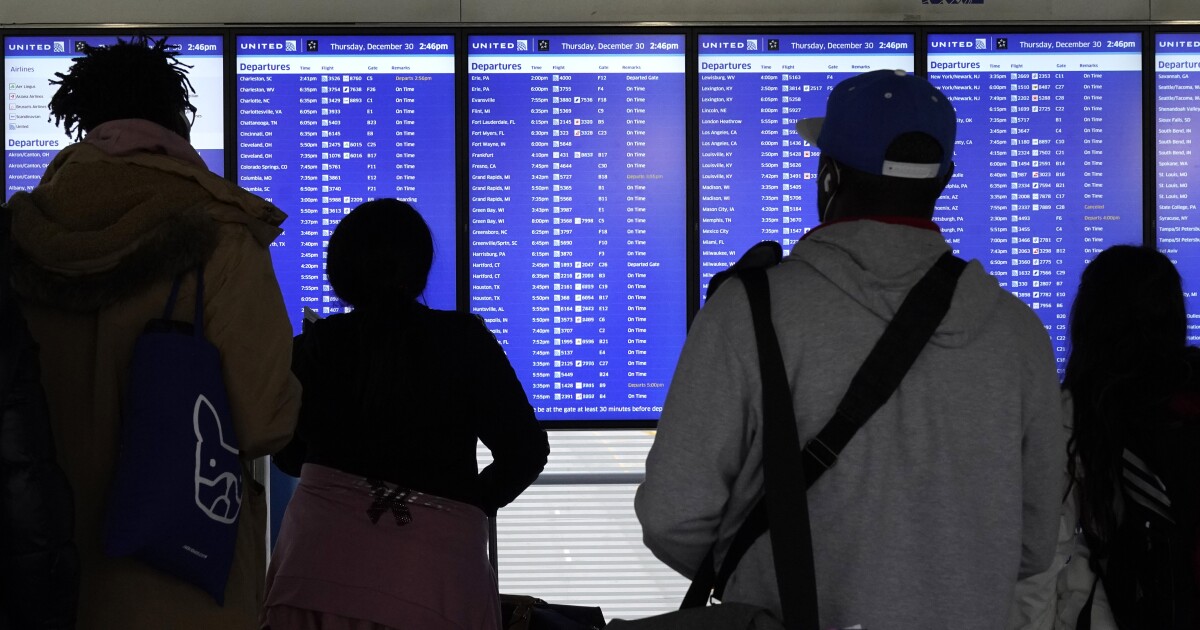 Passengers were disappointed with the cancellation of more flights on the last day of 2021 and it seemed almost certain that they would affect hundreds of thousands over the New Year’s holiday weekend.

The airlines noted that many of the cancellations were due to staff shortages related to rising COVID-19 cases, and cold weather in parts of the United States only exacerbated the problem.

As of Friday afternoon, airlines had canceled more than 1,300 domestic flights and 2,700 international flights on the country’s east coast, according to the FlightAware tracking service. Compared to 1,400 domestic flight cancellations on Thursday.

This brought the total cancellations in the United States since Christmas Eve to more than 9,000.

The cancellations come as travel numbers continue to soar over the New Year’s holiday weekend. Since December 16, more than two million daily commuters have gone through security checks at US airports, an increase of nearly 100,000 a day since November.

On Friday, United canceled more than 200 flights, or 11% of its schedule, and that does not include cancellations from its regional partner United Express.

According to data from FlightAware, CommuteAir, which operates many United Express flights, cut its schedule by a third until noon.

JetBlue canceled more than 140 flights, or 14% of its schedule, and Delta suspended more than 100, or more than 5%, of its flights as of Friday afternoon.

Other forms of transport were also affected by the spike in coronavirus cases. The Centers for Disease Control and Prevention said Thursday that it is monitoring more than 90 cruise ships for outbreaks of COVID-19. The health agency asked people not to travel on cruise ships even if they were fully vaccinated against the disease.

The remnants of the Delta variant and the rise of the new Omicron variant raised the seven-day average of new COVID-19 cases in the United States to over 350,000, nearly three times the rate two weeks ago, according to data from Johns Hopkins University. ,