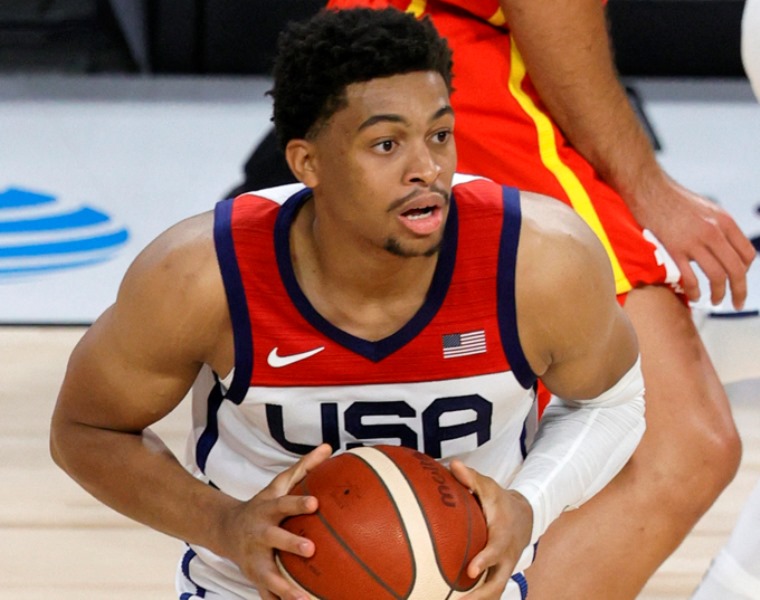 Angels.- The US basketball team reacted to an end to the chaos of preparations for the Tokyo Olympics, defeating world champion Spain in Las Vegas on Sunday.

The victory, achieved thanks to a balanced attack (19 points for Damian Lillard, 15 for Keldon Johnson), allowed “Team USA”, the top favorites for gold in Tokyo, to forget the course of its obstacles of days past, both at home and abroad. from the field.

The United States suffered two defeats in the run-up to the Olympics, to Nigeria and Australia, before defeating Argentina and now Spain.

They also lost to the event Kevin Love who could not recover from the injury, especially Bradley Beal who was absent due to the anti-coronavirus protocol that forced Jeramy Grant to remain in isolation and raised fear of an outbreak. From injury within the check.

And in Sunday’s game in Las Vegas, Spain advanced (38-36) in the middle of the game led by the great Ricky Rubio, who scored 23 points.

The US could wake up then, took the lead in the third quarter and allowed Zach Lavigne to widen the lead, scoring 13 points in the latter period.

Following this match, the United States made a trip to Tokyo on Monday, where it will have its first competitors France (July 25), Iran (July 28) and the Czech Republic (July 31).