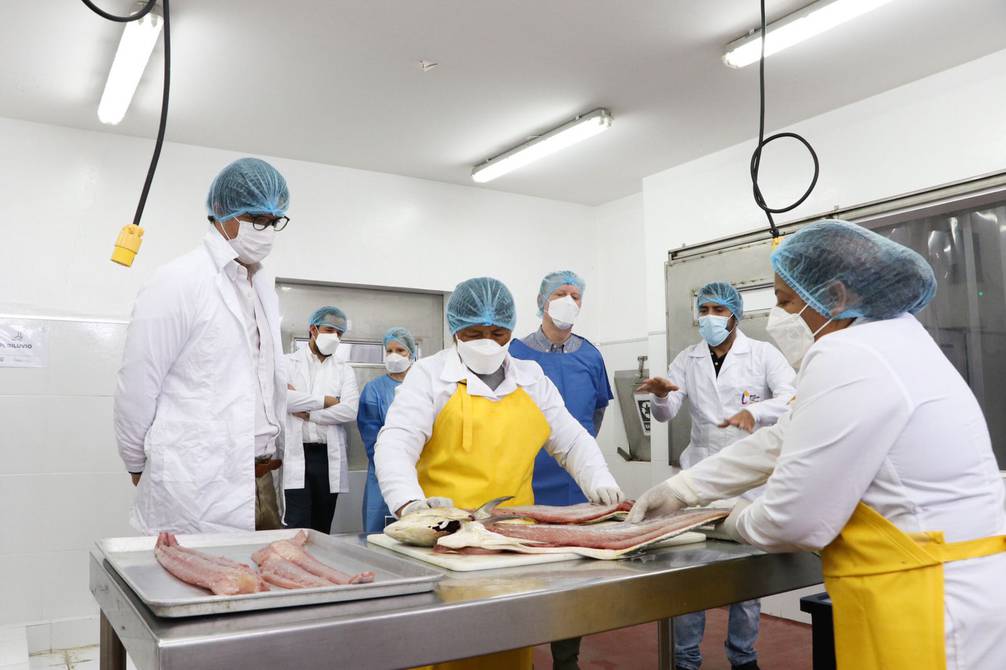 Last Wednesday, the US Ambassador to Ecuador, Michael Fitzpatrick, visited the pilot plant of the Undersecretary for Fish Resources, where he was introduced to the comprehensive aquaculture and fisheries system.

This is a project to add value to the fishing developed at the plant located in San Mateo, in the province of Manabi.

In addition, in cooperation with the Deputy Minister of Aquaculture and Fisheries, Andres Arens, the Ambassador confirmed the processes of implementing and automating fishing control through the aforementioned system, to ensure the use of modern technology, and to ensure the products captured and marketed. They come from legal fishing.

Cooperation between the United States, Panama, Ecuador and other countries to combat illegal fishing is listed

“This project strengthens the artisanal fishing sector. The fisherman profits by delivering his catch directly to the consumer, which leads to increased incomes in these communities,” Arens explained.

Meanwhile, another project has been implemented by the Agency of the Ministry which is the investment project called Improving the competitiveness of the aquaculture and fishing sector, 48 artisanal producers of the Nueva Esperanza cooperative, from San Vicente, who benefit from the sustainable cultivation of Pacific oysters.

As part of this aquaculture diversification investment project, on October 20, 10,000 seed oysters from the Pacific Ocean were planted in the municipality of Liguique.

“We have handed over tools and seeds so that we can develop the Pacific oyster mariculture project, and we have also handed over certificates and cooperation agreements to two fishing associations, one from Esmeraldas and the other from Manabi,” said Arens, noting that the municipality of Ligüiqui has a 10-hectare concession, which has been installed 5 production lines of them.

#manabiThrough the investment project “Improving the competitiveness of the aquaculture and fisheries sector” of the Agency of the Ministry of Aquaculture and Fisheries, 48 ​​artisanal producers in the cooperative. Nueva Esperanza de San Vicente has benefited from the sustainable cultivation of Pacific oysters pic.twitter.com/xghPG6Qxnv

As for 10,000 oyster seeds, Arens assured that final production would be ready on average four to five months. The deputy minister confirmed that with this production, export plans can be started.

Currently, there are four artisanal fishing organizations benefiting from this project, located in Esmeraldas and Manabi. The deputy ministry said that “there are 62 families devoted to mariculture, who see this activity as a productive area with great potential for its economic development.”