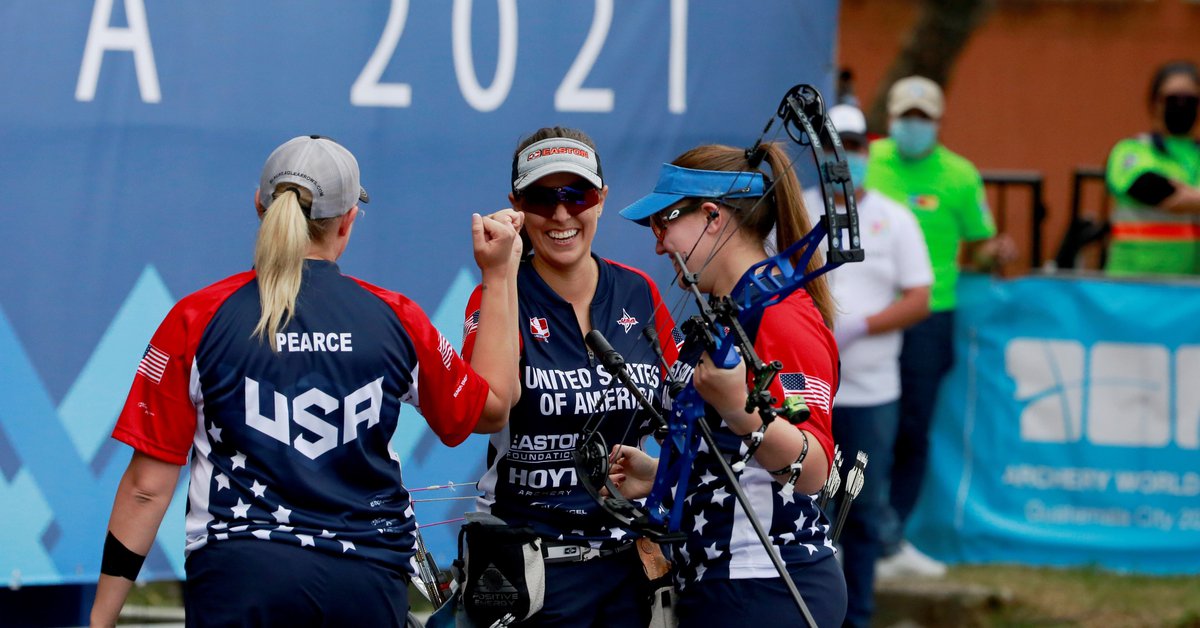 Guatemala City, 24 April (EFE). – Teams from the United States, Mexico and Denmark won the gold medal on Saturday in the women’s, men’s and mixed archery categories made up of teams from the 2021 Archery World Cup, which was disputed in Guatemala.
The Americans defeated the Mexicans in the women’s final, led by Paige Pearce, with a solid score of 229–223.
Bronze went to Colombia, winning 233–231 in a single match against El Salvador.
In the men’s final, Mexico took their revenge by defeating Colombia 230–227 under the leadership of their captain Antonio Hidalgo.
The United States, the classification’s favorite and leader, fell against Colombia in the semifinals, but prevailed 235–231 in the Bronze Battle for second-tier France.
For the mixed compound bow modality, the Danish team, composed of Tanja Gelhellen and Stephan Henson, scored three perfect goals and dropped just two points en route to defeating the Mexican team Andrea Becerra and Antonio Hiedel 158–156.
The Netherlands, for their part, defeated host Guatemala from 156 to 150 for the bronze medal, with the excellent participation of “Mr. Perfect” as they gave the nickname to Mike Schlosser, who placed ten in each shot and who did the series. Initially it was dazzling. With 36 arrows embedded in the center of the target.
At the end of the competition on Sunday in Guatemala, the World Cup will continue its second leg in Switzerland from May 17 to 23, after the recurve modality is played.
The third phase will take place in Paris, France from 17 to 21 June, and the final circuit’s programming and venue are yet to be confirmed.