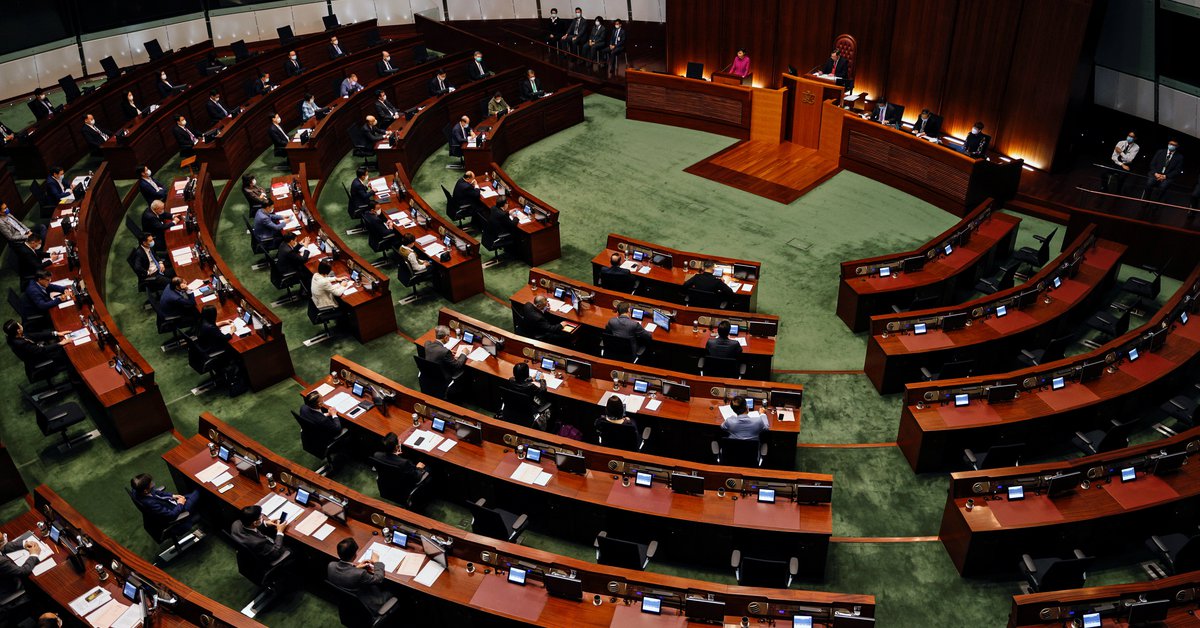 Hong Kong parliament approved this Thursday Legal amendments that would make the application of controversial electoral reform designed by Beijing possible And it will reduce the options to a great extent Pro-democracy opposition To capture power in a semi-autonomous city.

Immediately, the US Secretary of State, Antony Blinken condemned this as an attempt by China to undermine the semi-autonomous region’s democracy.

“The Chinese Government Continues Weak Hong Kong’s democratic institutions and deprive Hong Kong residents of the rights guaranteed by the People’s Republic of China“The head of American diplomacy said in a statement.

In addition, he said that The controversial electoral reform approved by the Legislative Council (Hong Kong Parliament) this Thursday “severely” restricts political participation It will make it very difficult for the society and their voice to be heard.

On Thursday, the Legislative Council (the Hong Kong parliament, which has been without opposition since November due to the expulsion of 4 deputies and the resignation of 15 others later) has 40 votes in favor, 2 against and no refrain from necessary amendments Conforming controversial electoral reforms to local lawHong Kong radio and television reported RTHK.

These amendments assume that The number of parliamentary seats will increase from 70 to 90, but only 20 of them will be eligible for direct voting. (As compared to 40 prescribed by previous rules).

The electoral committee – the body in charge of appointing the chief executive of Hong Kong by restricted franchise – will increase Will be in charge of the number of 300 seats, up to 1500 members, and the selection of 40 deputies of the Legislative Council.

There is also one of the legal amendments that will punish Jail up to three years for electoral boycott or public call for vacant or zero vote.

“Amendment of electoral law will give us one” Solid foundation On which to hold the next election ”scheduled for December, Hong Kong executive head Carrie Lam celebrated.

This is another step Strengthen Beijing’s control over Hong Kong, Which returned to Chinese sovereignty in 1979, based on the Sino-British Declaration of 1979, a document that nevertheless shows Beijing’s commitment Guarantee the independence that exists in that region until at least 2047.

Also, on the 21st, the obligation to fulfill one Pledge of allegiance to the Hong Kong Special Administrative Region for both elected officials and candidates who wish to participate in elections to guarantee their “patriotism”.

These recent legal changes. Have come after The National Security Law for Hong Kong that Beijing drafted and enforced last year, In view of Anti government mobilization Which hit the streets of the former British colony in the second half of 2019 and 2020.

This law prescribes penalties up to Life imprisonment in cases of isolation, terrorism or collusion with foreign forces.

In this context, Blinken sought again this Thursday The release of those detained under the protection of that law.