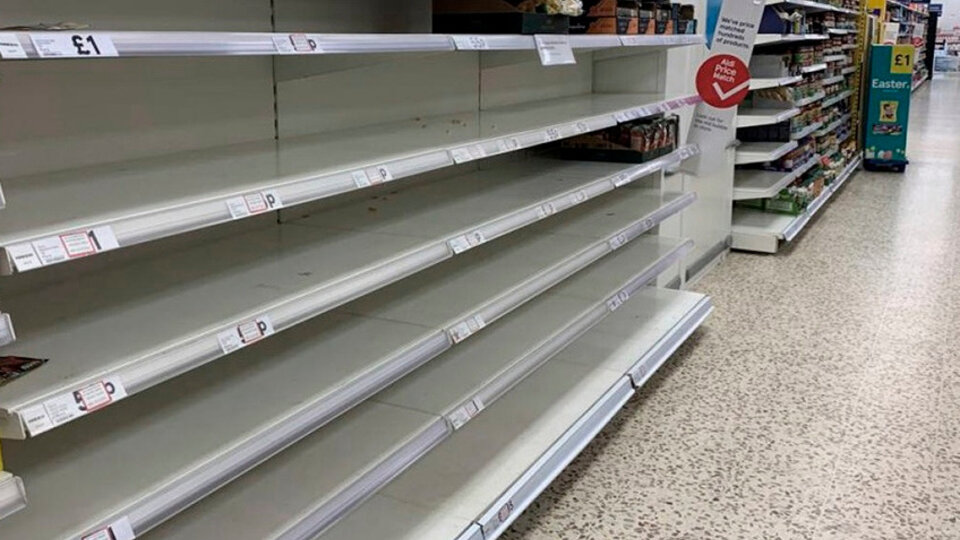 Word “Pingdemic” has been used in recent times to denote a lack of British supermarkets. It shows an increase in infections due to the expansion of delta version Due to which many workers of the sector isolate themselves.

“Pingdemic” is a play on the words between “ping”, the sound made by cell phone official notification, denoting the obligation to self-isolate, and “pandemic”.

NS Number of new positives increased in the country In recent weeks, touching 50,000 a day, forcing hundreds of thousands of contact cases to isolate themselves, leaving many economic sectors without personnel, from transport to food distribution.

Other businesses, such as stores, service stations and even post offices, are being affected by absenteeism.

more than 600,000 people using public health system virus testing and tracking applications Known as “NHS Covid-19” in England and Wales, the BBC reported that they received alerts to isolate themselves in the week of July 8-15, representing a 17 per cent increase from the previous week. does.

alert in The app notifies users if they were in close contact with a positive case of coronavirus, It is therefore recommended that they be separated for ten days.

in that sense, Many Brits are removing the app from their phones to avoid being alerted and isolating themselves, As revealed by a survey by consultancy YouGov.

Faced with this situation, the government, for its part, announced that some industries may request exemptions to workers, which would allow essential workers to return to work after PCR testing, instead of quarantining.

On the front pages of almost all the British press today were pictures of empty supermarket shelves, a reflection of the consequences of the situation. In the background is an increase in coronavirus cases due to community transmission of the Delta variant, which is considered more contagious.

According to British news site iNews, members of the Scientific Advisory Group for Emergencies (Sage) said Prime Minister Boris Johnson should be ready to act in the first week of August to avoid overcrowding public hospitals.

At the rate at which infections are rising, the number of daily hospitalizations in the UK is expected to be between 1,000 and 2,000 by the end of next month, while daily deaths could be between 100 and 200.