Alexander Asha was part of a group of artists and famous people who met the Pontiff. Photo: Twitter / @ALEXANDERACHA

Alexander Atchthe famous singer and son of Emmanuel, has recently had an experience of great importance for both his artistic life and his personal life, since then Had the opportunity to meet Pope Francis In a private meeting in the Vatican.

This was not due to a simple singer happening or due to a certain agreement between the two people, it was rather thought of in the first version of Vitay SummitIt is a gathering of personalities of international stature with the aim of understanding and disseminating the importance of the arts and media to promote the common good.

The event was held on August 31 and September 1 at Cassina Pio IV in the Vatican. world famous people like Denzel Washington, Andrea Bocelliand Eva Cavalli and J Balvin.

In this first edition, Mexico was represented by Singer Alexander Asha and actor Eduardo Verasteguiwho were very happy and satisfied with the meetings and conversations that took place during Vitay Summit 2022.

For his part, Asha posted a photo on his Twitter account showing him accompanied by Maria Rojo de la VegaHis wife and Pope Francis.

Searching for new paths of cultural transformation through art with Pope Francis and fellow artists. A unique experience. Knowing how to find beauty in life’s events and being able to re-create and glorify it. Thank God,” the Mexican musician wrote.

Searching for new paths of cultural transformation through art with Pope Francis and fellow artists. A unique experience. Knowing how to find beauty in life’s events and being able to re-create and glorify it. Thank God Tweet embed s Tweet embed pic.twitter.com/neScGAsyWY

Moreover, in an interview he gave to EFEAlexander Asha stated that during the international meeting it was possible to meet those present and exchange ideas with them. We started reading each other […] Many cooperation will come from here In favor of this ultimate goal, which is what we are all looking for, a better world, A world where love reigns“, claimed.

On the other hand, actor Eduardo Verastegui She described the summit as something “very positive”. He emphasized that the meetings would soon lead to “very cool things”.

During the closed meeting, which lasted nearly two hours, the highest authority in the Catholic Church asked artists and celebrities They maintain their commitment to art to improve the planet. Likewise, he held a dialogue with all attendees to hear about the contributions each one could make to “bring more beauty to the world,” according to information from EFE. 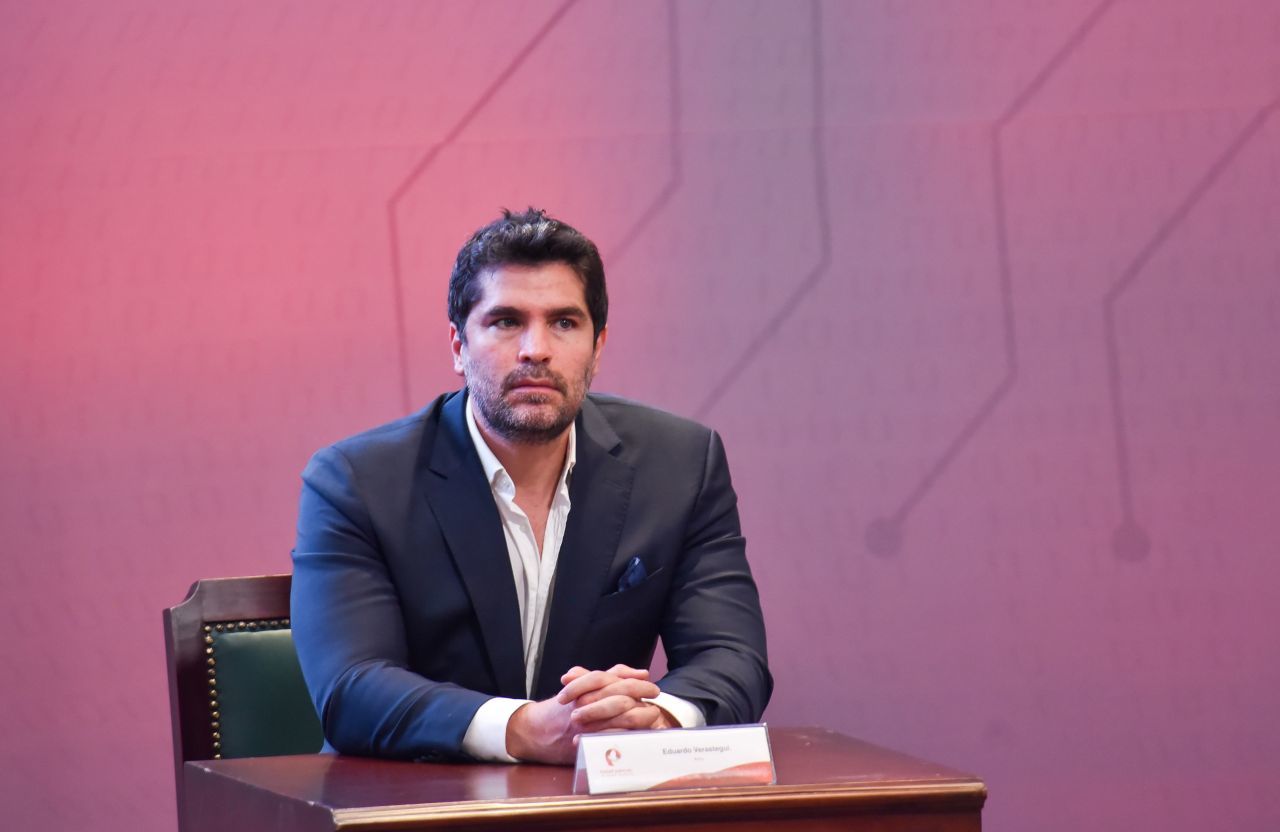 From the point of view Louis Quinellipresident and founder of Vitae Global – the organization that was responsible for the meeting -, there was a great response to this first edition.

We are optimistic and excited […] Now we have a big challenge, Hope, unity and the common good are ways for the arts to have a positive impact In heart and mind,” Quinelli commented.

Vitae Global is an organization of international artists, CEOs and leaders with the goal of transmitting global values ​​through arts, entertainment and media.

According to the portal information Vatican, the success of this first world meeting was so great that various initiatives were already planned in cities of other countries such as London, in England; Los Angeles, United States; and Mexico City.