This Tuesday, UNESCO presented the press with an exhibition highlighting Scientists from five continents send through artworks a message of hope and women’s empowerment in times of COVID-19.

At the headquarters of the United Nations Specialized in Education, Science and Culture, UNESCO Director-General for Gender Equality Jamila Saftawi and Indian neuroscientist Radhika Patnala presented a presentation Creative Flexibility – Art by Women of Science exhibition, which showcases more than 100 works by 54 women from 31 countries.

In this capital, El-Saftawy highlighted that the collected sculptures, drawings, and photographs constitute an essentially virtual exhibition, which can be viewed until November 31 via digital platforms.

According to the official, the participants carried out work related to combating the COVID-19 epidemic from their practical experiences, which cover fields as diverse as medicine, microbiology, bioanalysis, nursing, neuroscience, engineering and mathematics, among others. 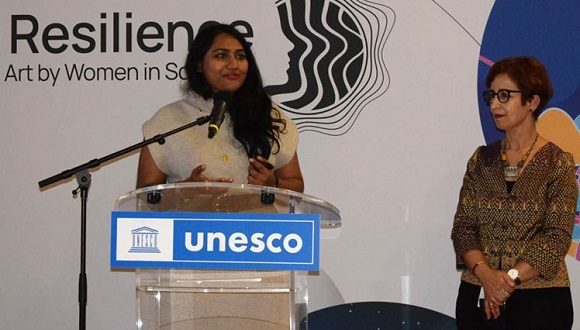 For UNESCO, this initiative is very important, because gender equality is precisely one of its top priorities, and here we see Opportunity for women scientists to emerge, a sector that is not being listened to as it should, confirmed.

For her part, Pattala described the show as a fascinating collection of stories and insisted on statements to Prensa Latina about its message of hope, as the authors of the works found their inspiration in times when humanity suffered from the impact of Covid-19.

The scientist and artist said that hope is at the moment essential for societies to move forward, and to do so more forcefully in their efforts to return to normalcy.

Also in an interview with Prensa Latina, Saftawy considered the exhibition – which will officially open tomorrow – as a way to conquer “minds and hearts” in terms of empowerment and Encourage girls to pursue careers in science and technology.

The Director of Gender Equality at UNESCO noted that only a third of researchers on the planet are women, which is urgent for change, considering the potential that women represent for human health and development. 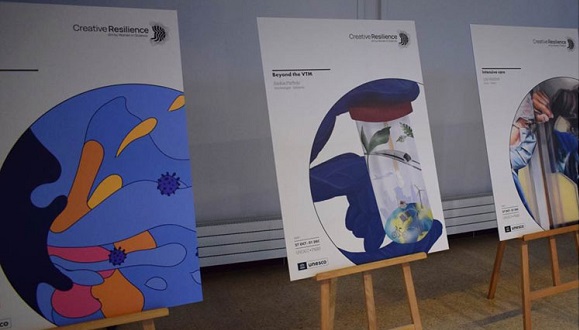 (with information from PL)