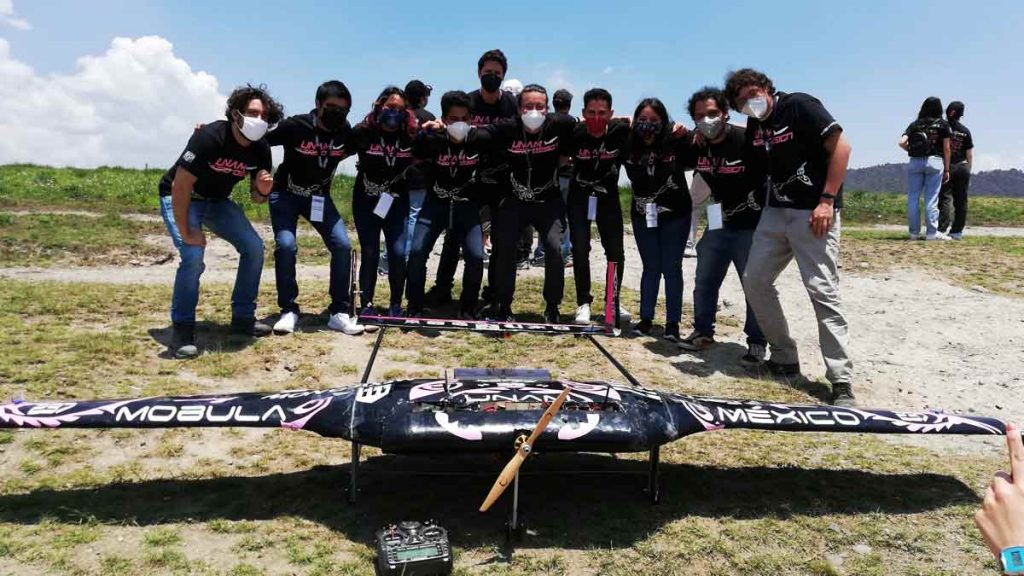 Young Mexicans from UNAM Build a Capable Unmanned Ship From flying for 30 minutes and deploying gliders on their way, getting second place in the competition SAE Aero Design International.

The Ship created by students of the National Autonomous University of Mexico (UNAM)It is three meters wide, from one wing tip to the other, and requires careful flight control planning, electrical engineering and manufacturing.

as well as a series of flight tests, conducted and documented at Tlaxcala, for subsequent transmission to SAE, a global association of more than 128,000 engineers and technical experts associated with the aerospace, automotive and commercial vehicle industries that promotes learning and development of quality standards; In addition, they connect professionals to the education sector through their institution.

in the project 44 students from 12 different professions of UNAM participated, who consist of Team “UNAM Aero Design” It was created six years ago, when the profession of aeronautical engineering did not yet exist in the highest study house in Mexico.

These talented undergraduate students competed with 24 representatives of institutions from the United States, Poland, Egypt, Canada and Mexico, among other countries, and achieved second place in the competition. The Competition winner The team was Nimbuzz 2000, Georgia Institute of Technology in the United States.

“It gives us great pride to represent not only the university, but Mexico. Our country has achieved remarkable growth in the aviation sector in recent years and we want to be a part of that process,” said Rui Villavicencio, a physics student in the College of Science and a member of this project.

Because of the pandemic, university students were unable to participate in person, so they did so remotely and discovered the award by following the ceremony via YouTube; Now they hope for the awards and medals they received.

Now, the creators of this new ship Made in UNAM They are invited to participate in SAE Aero Design Brasil, which is considered the largest competition in the advanced categories of the organization, after the United States.