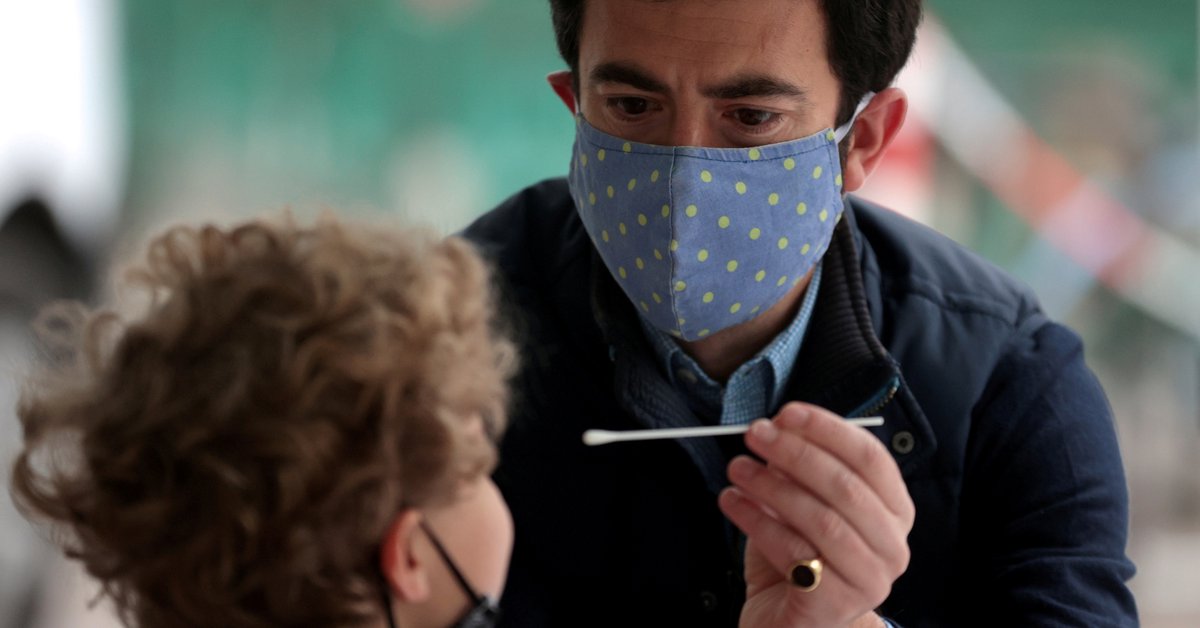 Scientists in the United Kingdom request the British government to expand the official list of COVID-19 symptoms currently It lists only three possible symptoms of the disease, in contrast to WHO (13) and United States (11) guidelines.

Mentioned in the official guide to the National Health Service (NHS) page Fever, cough, and change in taste or smell as the only official symptoms, a list that hasn’t been updated in several months.

On the other hand, WHO lists fever, cough and fatigue as the most common, but the least persistent loss of taste and smell, nasal congestion, conjunctivitis, sore throat, headache, muscle or joint pain, skin rash, Nausea, diarrhea, and chills. All this happens without counting the other symptoms that appear in more severe pictures of the disease.

In an article published in the UK, scientists warn that the situation in the United Kingdom could “delay or delay the detection of many cases of COVID-19”. British Medical Journal.

This was explained to the BBC by Callum Semple of the Government’s Scientific Advisory Group for Emergencies (Sage): “As older people are vaccinated, proportionately more young people suffer from the disease and a different set of symptoms.” it happens. By expanding the list of symptoms, we are confident that we will detect a third more cases. But more importantly, we will detect them the day before, which provides a huge opportunity to break the chains of transmission and stop the spread of the virus.”.

The authors of the article noted that a recent population-based study from Arizona (USA) reported that the most frequently reported first symptoms were sore throat (19%), headache (16%), cough (13%). It was like runny nose or cold. Symptoms (12%) and fatigue (12%), most of which are not taken into account by British standards. “These symptoms are more common in school-age children and young people, who now account for a higher proportion of transmission as older people are vaccinated,” he said.

The researchers also acknowledged that Expanding the list would significantly increase the demand for PCR and antigen tests, but they point out that the benefit of detecting cases at an early stage is critical to fighting the pandemic..

“While restricting access to symptomatic testing to those with ‘official’ symptoms may control the amount of testing, This narrow definition may now preclude transmission control.”, he maintained. Additionally, increased alerts on symptoms will also encourage individual preventive isolates.

The dramatic rise in delta-type infections in the UK, which gives the country an infection rate more than four times that of the European Union, raises deep concern on the continent.

According to the latest official figures, 25 thousand new cases were registered daily on Wednesday as compared to 15 thousand on Wednesday of last week. The average of the last seven days is 19 thousand infections, while in mid-May it was below 2,000.

The United Kingdom is one of the countries hardest hit by the pandemic in the world, with more than 128,000 confirmed deaths among a population of 66 million.

Ranking of vaccinations against COVID-19 in the US: Map and statistics