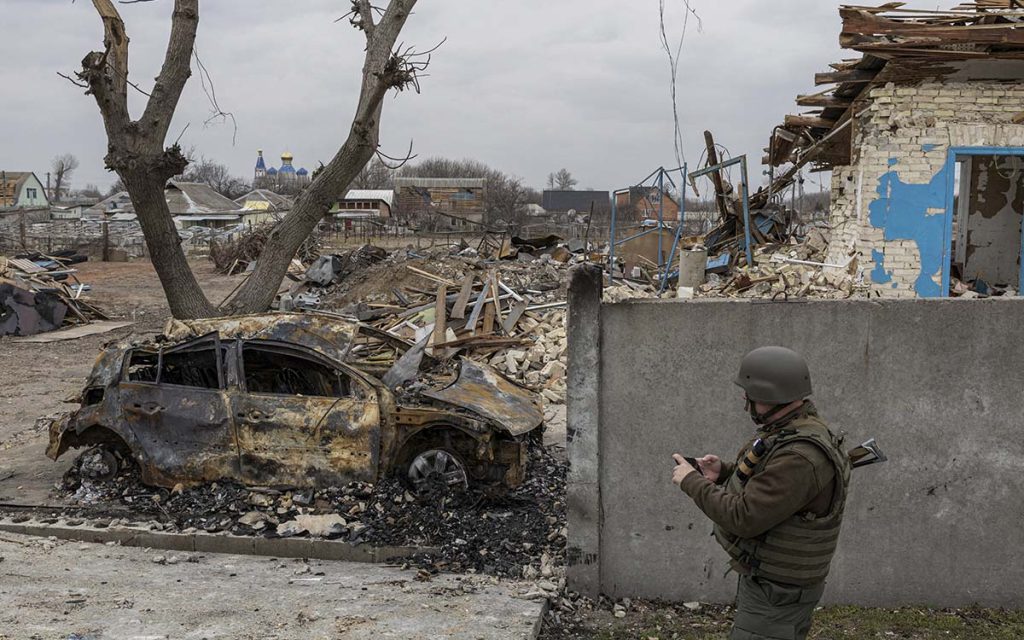 Britain’s Foreign Secretary Elizabeth Truss said on Saturday that sanctions against Russian oligarchs, banks and companies can be lifted. If Russian President Vladimir Putin ends the invasion of Ukraine and vows “no more aggression” against other countries.

Truss said in an interview with telegraphwho stressed it “There is also an opportunity to impose sanctions again if there are more attacks in the future,” he added.

Similarly, Truss revealed that his department has created a file A specialized negotiating unit “to provide support to Ukraine when the Russians are serious about negotiations”, That is why the British chief of diplomacy stresses that NATO allies must be “strong” to achieve peace.

We have to double the penalties. We must double the weapons we send to Ukraine. But when the time comes for negotiations, I want the UK to be a key player in ensuring that we support Ukraine in getting a successful deal.”

Truss emphasized that a continuation – and in some cases, an escalation – of current tactics used by Ukraine and the West “It can bring Putin to the negotiating table.”

Putin needs more pressure. (…) Internally, through the economy and the weakness of Russia,” the UK Foreign Secretary explained.

The British Foreign Secretary’s statements coincide with those of the US Secretary of State, Anthony Blinken, last week, where He stressed that sanctions against Russia will remain in place as long as the country “does not change its course.”

Although Blinken noted that the United States intends to impose sanctions, which have a “significant impact” on the Russian economy, Their existence does not mean “forever”.