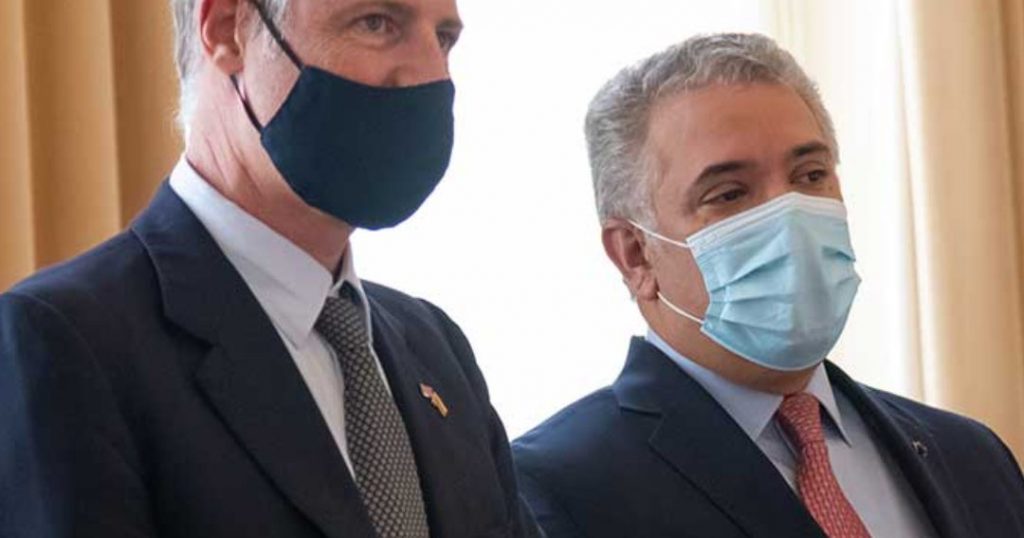 On Tuesday, the United Kingdom announced a £300 million contribution to Colombia to support afforestation and Amazon conservation initiatives.

The announcement was made by Lord Zach Goldsmith, UK Environment Minister, at the end of a meeting with President Evan Duque, as part of the COP26 Leaders’ Action Summit on Forests and Land Use, which is taking place in Glasgow, Scotland.

Goldsmith, who was recently in Colombia, where he participated in the third Leticia Summit, confirmed that “the UK is happy to commit new funds of £300m, so that all projects already working in Colombia are flowing”.

The British official added, “I had time to spend in Colombia, a few weeks ago, I was overwhelmed by the beauty and richness of the country; Rather, it is for the leadership of President Duque and his team and the commitment to address this problem in an inspiring manner. It’s clear to us in the UK that the first step is to commit ourselves to working with Colombia for the good of the Amazon.”

“Colombia is committed to zero deforestation by 2030, but we are also committed to ensuring that 30% of our land is declared a protected area,” President Duque emphasized.

The president added that in Colombia There has been a 34% reduction in the rate of deforestation, thanks to the policies and measures adopted, including legislation allowing to punish all environmental crimes in the national territory.

“We are pleased to receive this additional support for the Amazon region. Thank you, Minister Goldsmith, for the announcement from the UK. This is a very important announcement for Latin America, for the world and for the countries of the Amazon,” said the Head of State.

See also  Banks will help decarbonize the planet by 2050 | News