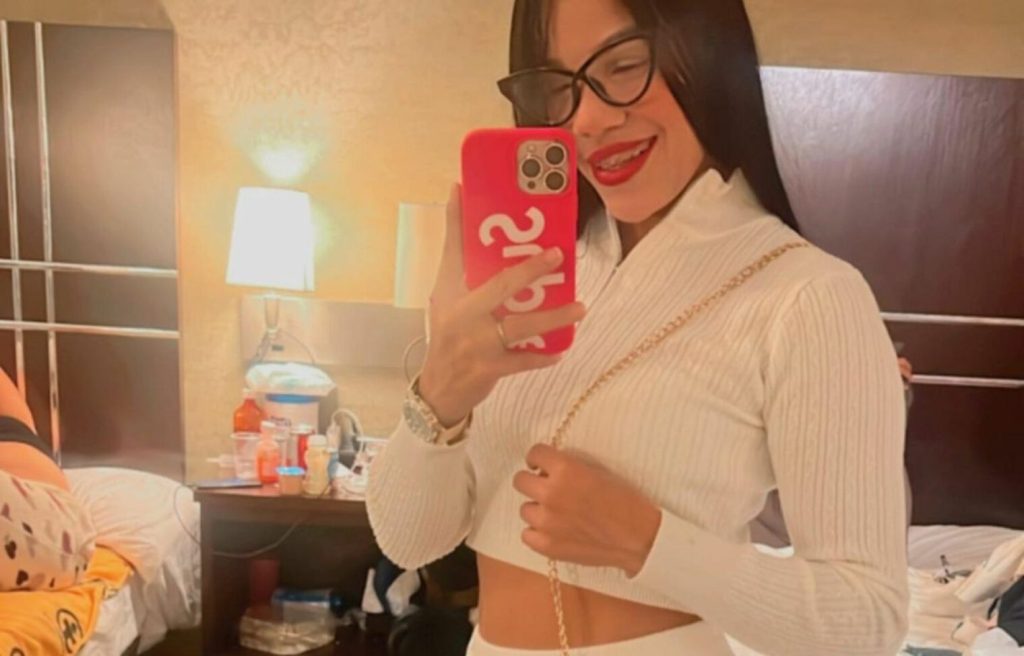 The young woman known as Ubimar, “The Marginal”He revealed new details about his life, after his story spread on social media.

In a conversation he had with his content creator, Fabito, he said that his journey Started in Ecuador, then crossed the Darien Forest (Panama) to finally achieve its goal and set foot on American soil.

“I had to sleep in the stations, on the floor I had to go hungry with my son. I’ve gone up to two or three days without eating, but thank God things happen for a reason. You have to eat vegetables and then eat the ripe ones, I’ve always said that. And don’t forget God when you’re fine.” He said.

In the conversation, he spoke about the crime he was accused of committing in 2017, when he was 17 years old, for illegal possession of weapons. “That day we were at a party and everything. The police arrived and there was a boy who died. He had a fax, it wasn’t even a firearm, he passes it on to me and I innocently carry it and put it here »He said.

Lübemar, “La Marginal,” explained that he liked the boy involved, and that’s why he agreed to receive the pistol. “I paid for the broken dishes and never thought the police would arrive.”

When officials found the scene, they saw the young woman carrying a firearm, and from there came the arrest and subsequent indictment.

“It took me one day. It was Saturday and they released me on Sunday under the show system.”

About his life in the United States, he explained that he is in a shelter with some restrictions. “I love cooking, I love preparing my son’s meals and I can’t do that here. I’m going to a Puerto Rican friend’s house, he was fine with me. I’ll tell you one thing, I’ve been approached by wonderful people, because I have a heart that doesn’t fit in my chest. I take the food out of my mouth and give it to someone else.” “.

She said she was looking for another place to move with a friend who came to the US a month ago and is helping her with her baby.

“A lot of people think I don’t work, but I don’t post everything. I only post what I want people to know.”