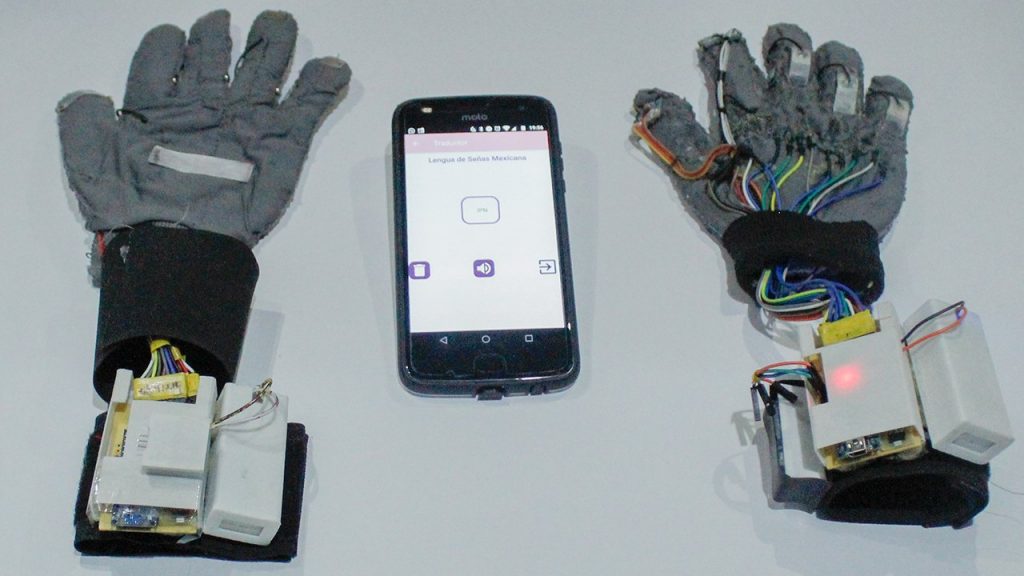 In Mexico, more than 300,000 people communicate through Mexican Sign Language, according to the Mexican Deaf Federation. Citlalli Avalos and Flor Pérez, Telematics engineering students at the National Polytechnic Institute (IPN), created translation gloves that turned out to be promising for 16.5% of the country’s population.

“We discovered at the university that we want to create something that can help. Translator’s gloves open the door to integrating with people with this disability. When they say that women cannot study science and technology careers … this is not true, it just requires motivation, effort and commitment.” Narrates IPN students.

Mexican women occupy half of the classroom capacity in science and engineering. According to income statistics for the 2019-2020 academic year of the National Autonomous University of Mexico, 52,153 women entered the fields of science, technology and computing.

“What we see is that this project bridges the gap so that people who do not know this language can approach this translator that allows users to think about how each signal is implemented through their cell phone,” says Fleur Perez.

Translator Gloves created by Citlalli and Flor encode the movements made by the deaf and mute and send a signal via bluetooth to a mobile device so that it can be reproduced in text and voice through an app available for Android.

This prototype is a new version that takes as a principle another interpreter developed by IPN.

The version of Flor and Citlalli required a year and a half of work and is in the development stage. The two scientists made clear that it was still necessary for people who could use it to work continuously so that the algorithms with which the device worked better could recognize the alphabet of the Mexican sign language and even work with the interpretation of the ideogram (movements Which in one action indicates a whole word) in the next stage.

In 2020 CONACYT awarded more STEM scholarships to men than women. According to the foundation, 871 women received scholarships, while the number of men reached 1,267.

In the field of science and engineering, women aspire to win, on average, a third less than men. That is, women receive 6,927 Mexican pesos, while men receive 10,566 pesos.

The wage gap means men earn 16.28% more than women, according to the National Occupations and Employment Survey (ENOE) published by INEGI.

“In our country, there are still many barriers such as masculinity and lack of inclusion, but we have many examples to be daring and know that we can achieve many things,” denounces Citlalli Avalos, who considers that developing projects like gloves will make sign language interpretation more widespread.

Fleur Perez says: “I would like to tell all women who want to study science and technology to try it, and if they falter, they should go ahead. Within the federation, many women are already making relevant contributions, and it is imperative to break stereotypes.”