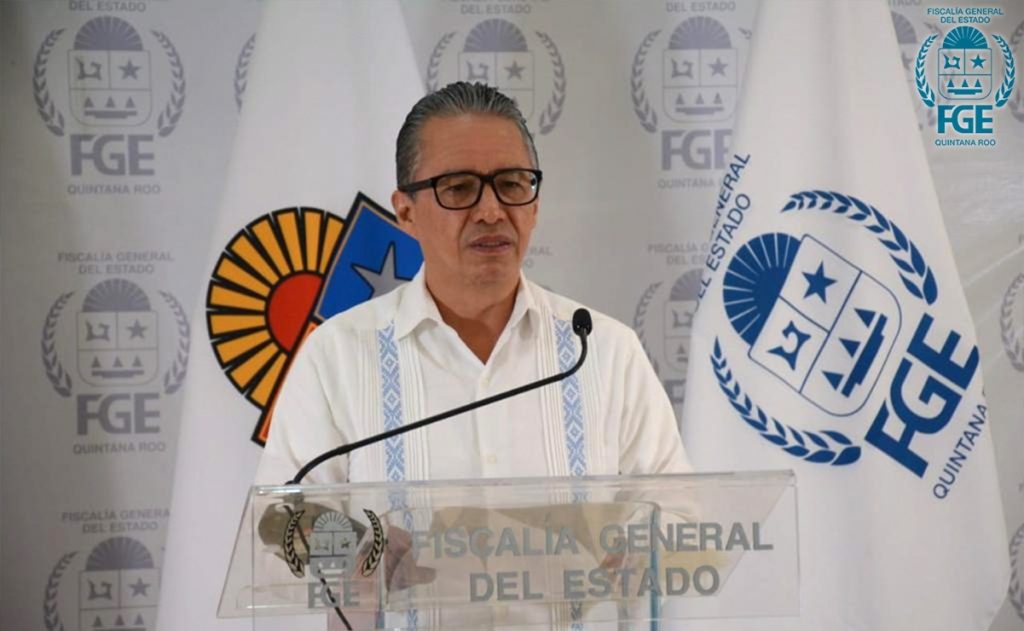 Oscar Montes de Oca Rosales, President Quintana Roo State Attorney’s Office, It was reported that after forensic experts complied with the legal medical and autopsy protocol, they concluded that Victoria Salazar had suffered a fracture of the upper part of the spine, resulting in a tear in the first and second vertebrae, causing “loss of life of the victim”.

Last Saturday afternoon, a Salvadoran woman was subjected to excessive use of force, which led to her death.

“The injuries referred to, in accordance with the provisions of criminology, forensic medicine, and videotaping materials that are part of the investigation file, are compatible and coincide with the introduction maneuvers that were applied to the victim during the process of his arrest and before his departure.

“The police method in the body, the applied surveillance, and the level of force used were carried out in a disproportionate and non-moderate manner with a great danger to life, because it was not compatible with the victim’s resistance, causing a slowdown,” he said in a practically broadcast message, “Turning the neck is a violation of the provisions of National Law on the Use of Force. “

With these elements, the Public Prosecution Office filed a criminal case against the Police Quartet – a woman and three men – for their possible participation in the femicide.

Read also: Victoria, who was killed by Tulum Police, was a resident of Mexico as a refugee

The official commented, officially, that the victim has not been identified, and that is why they are working in coordination with local and foreign authorities to verify his identity.

The municipal police brought a report of disturbance in the public street and assaults and arrested a woman who had been subjected to it until she knelt on the ground and handcuffed her hands face down.

One of the four participating agents immobilized her by placing her knees on her back, while the woman was screaming and complaining, until she stopped breathing, which was recorded and the videos were broadcast by default, causing widespread anger and diplomatic reactions from a part of El Salvador.

Read also: “He did not deserve that death,” says Victoria’s mother, who was killed by the police in Tulum.

The Quintana Roo State Prosecutor’s Office reported that four police officers from the Tulum Public Security Directorate who were accused of causing the death of a woman they sustained were taken to detention facilities.

The agency published a video clip on social networking sites showing the moment the four policemen, a woman and three men were transferred, but no further details were provided about the centers they were transferred to.

Read also: Woman who was subjugated by police in Tulum “brutally treated and killed”: AMLO

The Director of Public Security in Tulum was expelled

The Director of Public Security and Traffic in Tulum, Nesgir Ignacio Vicencio Mendes, has been removed from his post after the scandal resulting from the actions of four police officers under his charge, accused of killing Victoria Salazar, a woman originally from El Salvador who was subjected to the use of excessive force, which led to her death.