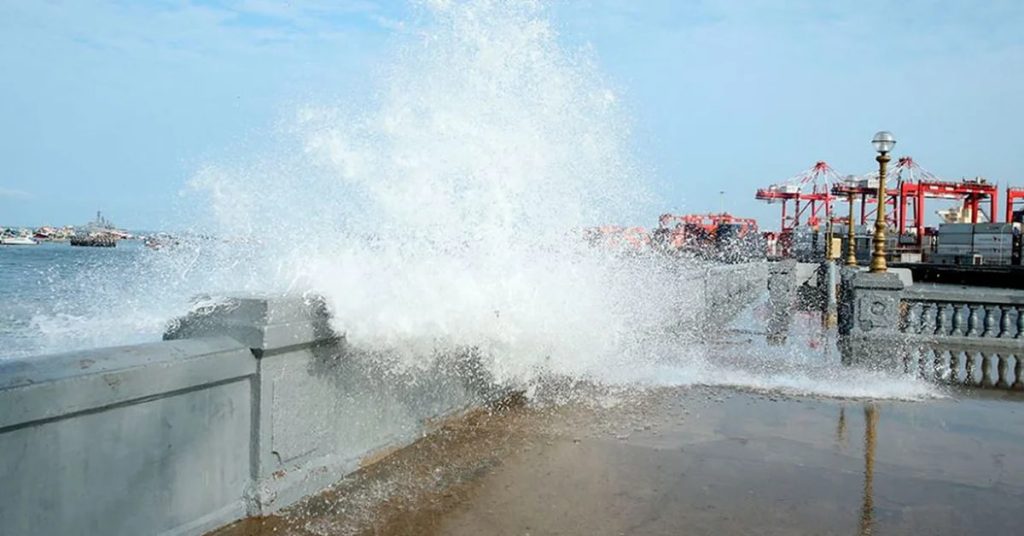 behind the Volcano eruption on the island of TongaOur country was especially on alert because of the strong waves that were recorded on the coast. Despite the fact that the Navy confirmed that Peru did not have a tsunami warning, the strong waves and the retreating sea raised more concern than one when this natural disaster occurred.

Given this, it is important to know how to act in the event of a tsunami or strong waves that can shake our Peruvian sea.

What is a tsunami and why should we move away from the coast?

Indeci ensures, through its various channels of communication, that in the event of a very strong seismic movement or an eruption of a volcano at sea, the Tsunami alerts are activated, especially in the coastal area of ​​the country And the northern region where our sea extends all over the country.

It is worth noting that a tsunami is a series of large sea waves caused by a tidal wave or a volcanic eruption on the sea floor. This phenomenon can cause serious damage to the inhabitants of the coast.

In front of this natural disaster, the sea recedes several meters, only to come back strong after a few minutes. Waves can rise from 2 meters to 13 or 15 meters – or more – of height. That is why, seeing this behavior at sea, it is better to leave the area immediately.

If your house is located near the sea, select Evacuation route and safe area In the event of a tsunami. Similarly, within your home, select File safe areas And if necessary, reinforce the structures with the help of a civil engineer.

At all times, keep calm. If you are close to the sea during an earthquake, follow tsunami evacuation routes and go to a safe area, preferably an elevated place or a safe building (vertical evacuation) designated by your municipality.

Stay away from the affected area until the authorities indicate so. If necessary, seek help from the firefighters and the National Police of Peru.

Likewise, you can go to meeting points in case of emergency designated by your municipality.

Stay informed through the radio and follow the recommendations given by the authorities.

It is worth noting that it is important for the authorities to immediately support the evacuation of people in the vicinity and their relocation to protected areas.

Before Violent waves disturbed the calm of our sea, the National Emergency Operations Center (COEN), announced the closure of 22 ports on the north and central coast of Peru as a precautionary measure. According to the authorities, 48 ​​hours after a natural disaster, it is necessary to determine the behavior of the waves.

22 ports on the north and central coast were closed as a precaution in the presence of abnormal waves due to the volcanic eruption that occurred 73 kilometers north of Nuku’alofa (Tonga). COEN is monitoring the development of said event”, They reported through their official Twitter account.

On the other hand, the The Peruvian Navy revealed, that the “required technical conditions” were not found to determine the state of tsunami alert in our country. However, this statement caused a stir among users on social networks, as many people were affected by the strong waves. Even in Lambayeque, two women were killed after being trapped by sea waves.

“Navy, through Directorate of Hydrography and Navigation, will continue to assess the state of the sea based on the behavior of the ocean for the continued prevention and safety of all residents,” The entity was mentioned through an official statement on social media.

The presence of swimmers on the beaches of Barranco, Corelos and Miraflores, despite the alert Indesi due to strong waves
The moment the sea pulled out and disturbed the swimmers in San Bartolo
Abnormal waves in Peru: the closure of 22 ports on the north and central coast of Peru