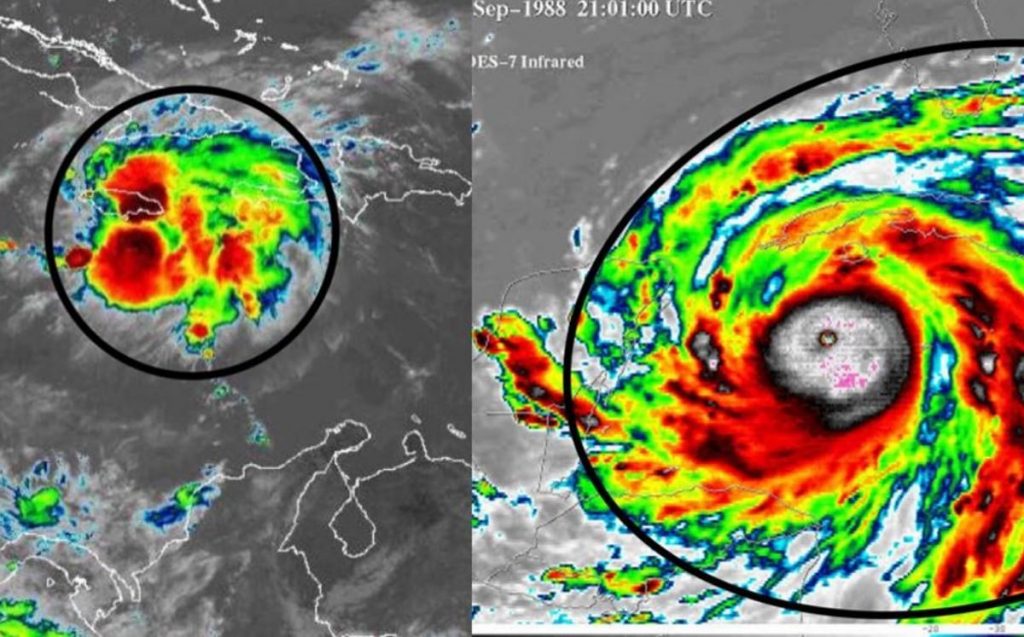 Although in recent days Storm Grace has been compared to Hurricane Gilberto on social networks, Noting that Nuevo Leon may suffer consequences similar to those of the 1988 phenomenon, This was ruled out by Multimedios’ chief meteorologist, Abimael Salas.

The specialist said Storm Grace will hit the state causing only little rain over the weekend, according to the latest report due to its size and location.

Salas explained it The size differs fundamentally in both phenomena.

“Hurricane Gilberto is about a thousand kilometers in diameter and in Grace’s case is a tropical storm which is much smaller, and it’s expected to be a hurricane, but the next track is more focused toward Veracruz than toward Tamaulipas.” explained.

He explained that the same National Hurricane Center details it These expectations can undergo very important changes, especially when they are in the making, as happened with Grace, so it is very dangerous to move forward, as it has been in the past days, causing confusion.

“Over the weekend, the path was that as the days went by you would go to Texas, however, with hurricanes and a number of instruments, better information is being obtained, a drastic change of course is taking place, which does not mean that it is veered, the path needs to be checked , but so far it was neither in the intensity nor in the path that Gilberto was heading to Tamaulipas and in Grace’s case the path is much more north of Veracruz.

As of Wednesday night, it is expected to make landfall at Quintana Roo and in Nuevo Leon some rain will arrive this weekend.