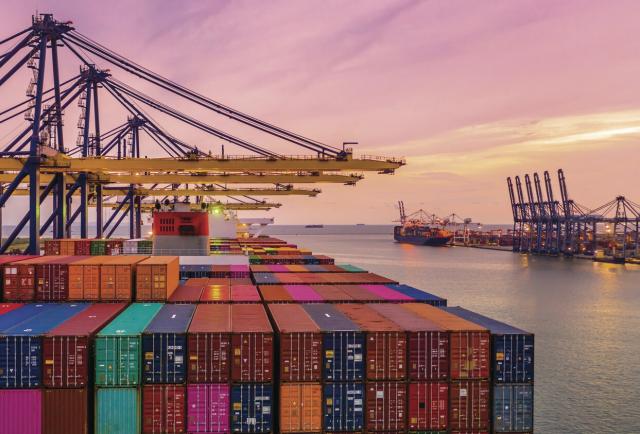 At a time when the whole world is striving to confront the economic crisis caused by the restrictions of the epidemic and revitalize the production, exploitation and export of raw materials, it is becoming an important ally that can increase the income of countries, and even more. Central America, where the vaccination process has been slowed down due to multiple factors that make it necessary to take accurate and effective measures.

Let us now analyze the raw materials driving the economies of Belize, Costa Rica, El Salvador, Guatemala, Honduras, Nicaragua, and Panama, their behavior so far this year compared to 2020 and the likely outlook.

Starting with Panama, we can say that the main raw materials for export are: copper minerals and concentrates, bananas, wood, steel scraps, copper and aluminum, fish fillets, fish meal and oil, melon shrimp, beef, beef, coffee, among others.

During 2020, it barely exported raw materials with $611.2 million USD, but so far this year the recovery has been really significant. As of April, according to preliminary figures provided by the Comptroller General of the Republic of Panama and the National Institute of Statistics and Census, raw materials were exported in the amount of 1083 million US dollars, which is an increase for these exports from 177% in contrast to the previous year, in only four months of the year.

See also  What Cryptocurrencies Do the Heads of It Companies Invest In?

Panama’s exports are mainly directed to the United States, however, countries such as Germany, Spain, Japan, China and Chile are other destinations where Panamanian products are of interest to exporters, which is the reason for their increasing presence in the markets. International fairs and trade missions, in order to strengthen relations and open possible spaces for the entry of products from this country.

Another country with a large economy in the region is El Salvador, which mainly produces corn, rice, oils, beans, coffee, sugar, and shrimp, as well as chemical products; However, coffee, sugar, textile products, and shrimp are the main exporters, and its main trading partner is the United States, followed by Honduras, Guatemala, Germany, Nicaragua, Spain, Panama, Costa Rica, and the Dominican Republic.

Costa Rica, for its part, mainly produces coffee, bananas, sugar, pineapple, textiles, and electrical and medical components. Thus, of the total exports we have bananas 9%, figs, pineapples, avocados, guavas and magos 8.51%, coffee 2.37%, electrical wires and cables 1.46%, diodes and transistors 1.29%, food preparations 3.56%, but the main export item is devices and equipment related to science Medical, which accounts for 23% of exports from this country.

Between January and May 2020 and the same period in 2021, exports increased from $4,708 million to $5,771 million, which corresponds to a variance of 23%, the main trading partner is the United States, followed by China, the Netherlands, the United Kingdom and Mexico.

Latin America and its economic revitalization

If we look at the rest of Latin America, we see that coal, copper, oil, soybeans and other agricultural products are essential to medium-sized economies such as Chile, Colombia, and Peru, along with bananas, sugar and coffee. economies of small countries.

The economy in Latin America and the Caribbean shrank by 7% last year, and according to the managing director of the International Monetary Fund, Kristalina Georgieva, the economic recovery after the pandemic will be slow and erratic, affecting most of the world’s poorest countries. .

Perhaps because of this and in the face of all the uncertainty, it is normal to see the prices of raw materials skyrocket, with many countries making them by buying in the future looking for stability in case of adverse situations in the future.

In the case of oil, we note how its value has increased over the past semester by more than 60%, despite the efforts made by most countries to shift their economies towards environmental sustainability and concern for the environment. Similarly, iron, copper and aluminum experienced increases in their valuation, as did corn, soybeans and cotton.

However, the Latin American economy grew by 8.9% during the first quarter of 2021, highlighting the rapid recovery that must go hand in hand with the good use and utilization of raw materials for each country, so that it is possible. to increase income.

It is also necessary to take into account that the levels of external indebtedness have increased, which affects the reduction of risk ratings; This also includes a serious tax collection plan where the vulnerable populations of our countries have been affected across generations.

See also  Sunak is far from what the UK needs

A good incentive is the fact that most countries of the world are betting that higher taxes affect the largest companies in each country.

As reported this week by the EFE news agency that collects data from ECLAC, Latin America will expand this year by 5.2%, a number that indicates a significant recovery from the deep contraction of 6.8% recorded in 2020, but that will not be enough to ensure sustainable growth or Reversing the effects of the epidemic.

By 2022, the regional growth rate will be 2.9%, according to the United Nations-accredited agency, which last April estimated the recovery of GDP for this year at 4.1%.