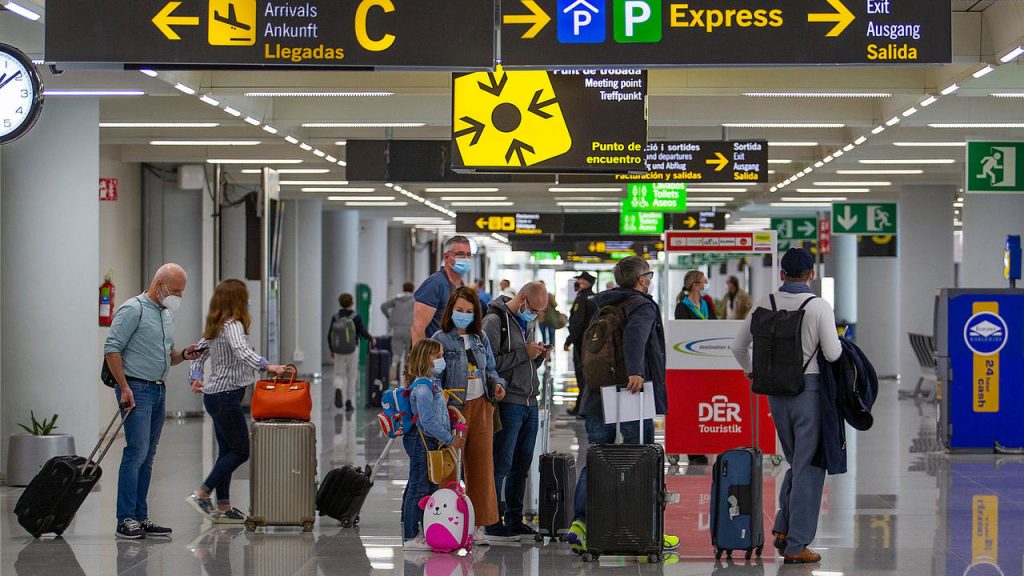 The European Commission is preparing to create a European health certificate for travel between the countries of the European Union, which is supposed to work before the end of June, but several countries have begun to adopt open measures in the face of the tourist season.

In 2019, Spain welcomed 83.5 million foreigners, a number that made it the second largest tourist destination in the world, but in 2020, it was severely affected by the Coronavirus, and the country saw an attendance drop of 77%.

With bars, museums, restaurants and theaters opening without interruption since June 2020, the Madrid region – the most tolerated in Spain – has in recent months been a haven for European tourists who can reach – as elsewhere in Spain – all entertainment with a negative PCR test of less than 72 An hour as the only requirement.

Since Sunday, the Spaniards have also been allowed to leave their area and the curfew has been lifted, with the exception of the Balearic Islands and the Community of Valencia, which had to receive the green light from justice. Tourism accounts for 14.1% of GDP, according to the World Tourism Council (WTTC), which brings together major global tourism operators.

France, the world leader in frequency with 90 million tourists in 2019, announced the reopening of the calendar in several phases starting May 19, the date when shops, museums and theaters will be able to reopen with limited venues, as well as amphitheatres. .

See also  Why do we love the smell of books so much? Science explains it

On June 9, cafes and restaurants will be able to welcome the crowd inside and tourists will be welcomed with a health card, while on June 30 everything will return to normal.

This schedule is subject to the requirement that the incidence remains below 400 per 100,000. Otherwise, the sanitary “emergency brake” may be activated.

Greece, which opened its balconies on May 3, is betting on its “Covid-free” islands, as it strives to complete the vaccination by mid-May in order to absorb the millions of tourists who visit it. every year.

Private beaches are open on Saturdays, museums will open on May 14, open-air cinemas on the 21st – at reduced capacity – and theaters on the 28th.

Since mid-April, the mandatory seven-day quarantine has been lifted for travelers permanently residing in the European Union, the Schengen Area, the United Kingdom, the United States, Israel, Serbia and the United Arab Emirates.

Tourism accounts for more than 20% of Greece’s GDP, according to the WTTC.

To return foreign tourists, Italy intends to present a national passport for vaccination from the second half of May, one month before the entry into force of the European passport announced by the European Commission.

It will be permitted to travel to all regions and will be released under the same conditions as applied in Europe: vaccination or infection with covid-19 virus, support for serological testing, or submission of a negative test for the virus.

Tourism Minister Massimo Garavaglia said the Italian passport “is valid for everyone, and therefore also and above all for tourists outside the European Union.” “The United States and Great Britain make up more than 30% of foreign arrivals to Italy, and they are tourists who spend a lot,” he explained.

The peninsula also hopes to be able to lift the quarantines it imposes on visitors from other European Union countries, the United Kingdom and Israel by mid-May. The mandatory quarantine of the United States will be lifted in June.

Cruises from Italian ports have also resumed. Now bars and restaurants can serve their customers abroad. Italy welcomed 64.5 million travelers in 2019, according to the World Tourism Organization (UNWTO).

The island of Malta, which welcomed 2.8 million tourists in 2019 according to the World Tourism Organization, offers a check of up to 200 euros per person for stays of at least three nights in a high-end hotel.

This offer is limited to the first 38,000 reservations.

Depending on the development of the pandemic in the country of origin, Malta may require a certificate of vaccination against the coronavirus or a negative PCR test of less than 72 hours.