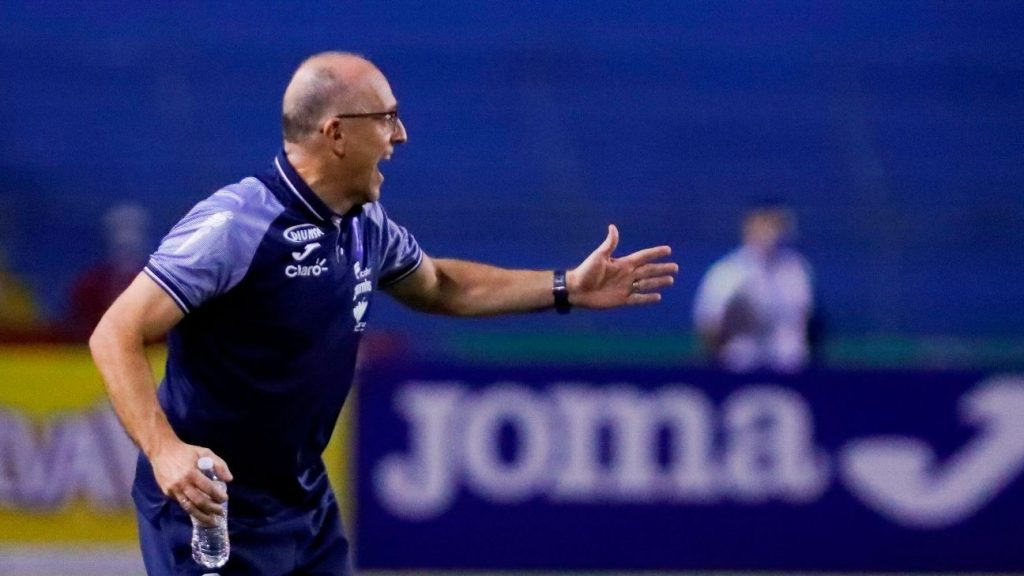 Honduras remained in the octagonal classification vault after the home defeat to Jamaica.

Honduras – “H” had the opposite result in this sixth round of the CONCACAF Octagon when they lost 0-2 to Jamaica at the Metropolitan Olympic Stadium, to what happened to the last place in the rankings with just three points.

Facing defeat at home, Catracca fans expressed their disagreement with the coach Fabian Quito Constantly screaming: Get out! out with intercourse! At the end of the commitment, the Uruguay coach gave his impressions of the commitment:

“The game generated feelings of unease about what we expected and what happened. I think the tension and the need to win overcame us. We got close to the area, but we didn’t pass and we missed a lot of passes. They find a purpose that makes us nervous and we don’t find the clarity needed to change the outcome. The second goal was a jeweler and made it impossible to beat the match“.

🇭🇳 Honduras closes the sixth day of the Octagonal de Concacaf in the bottom floor of the rankings with only three points and is about to run out of the World Cup: https://t.co/NcRh2gRVRJ

When asked about the position Honduras occupies behind Jamaica, Cueto indicated that the tie has not been lost yet. “He did not lose a tie in any way for Honduras. I will not talk about responsibilities because at this moment despondency and nervousness reign, and it is not the time to point out the mistakes, actions and situations that occurred. As a coach, I am responsible and will not hold football players responsible for the sporting result“.

“I won’t talk about the future, only the Jamaica matchThe helmsman said when asked if he had tendered his resignation immediately.

“It is very difficult to find an explanation for the moment in which the national team passes. I repeat that a draw was not lost but it is very difficult. At this moment, we are all very worried, but this is football and we have to continue like this. Football players must raise their heads and continue to support them because they are the representatives of the national team regardless of the negative sporting results,” he said, responding to the current moment the Central American team is going through.

Finally, he recalled the annoyance prevailing in Honduras:It is an instant response from the masses to the opposite mathematical outcome. I understand the uneasiness and anger I feel too, it’s sports results“.

For the next FIFA date in November, Honduras will face Panama and Costa Rica.