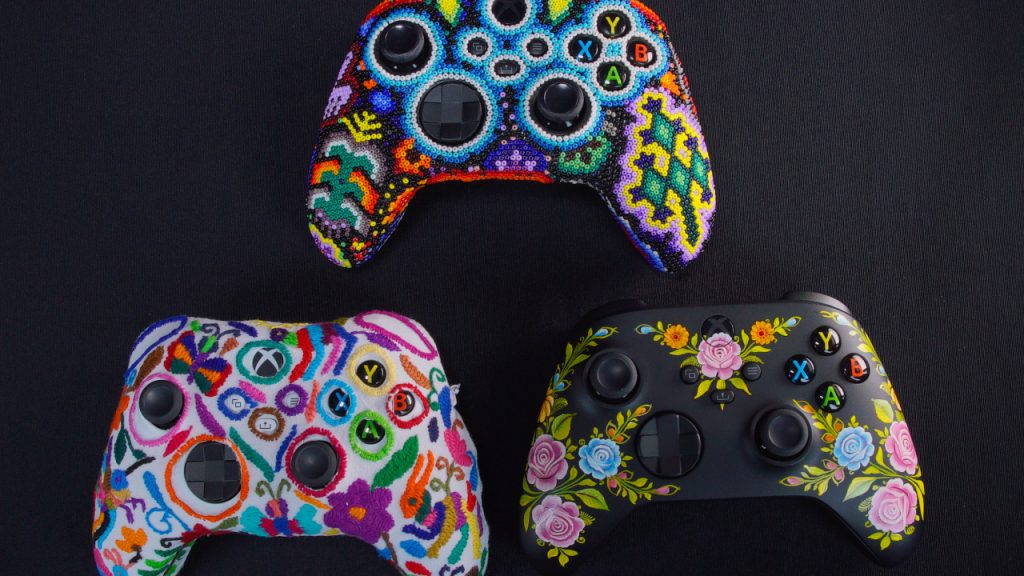 In a previous post, we told you about it Celebration of the International Day of Indigenous Peoples organized by Xbox Mexico, and one of the many movements made to commemorate 68 communities Residing in this country, he was decorated 3 controls From Xbox (that will not be for sale) with traditional designs from 3 different cultures. Well, here we present the results.

The symbols we carry have meaning.Griscila Carrillo Carrillo, Huichol artisanThe first control was decorated by huicholes Or Wixárikas, an indigenous community in the mountainous region of Nayarit, Zacatecas, Jalisco and Durango. It is an ethnic group considered “pure”, because it was able to separate itself from all Spanish influences during the conquest, as well as from all modern cultures.

The control was carried out by the craftsmen who collaborated with them coquetteInspired by religious practices. Huichols appreciate the cosmic characters, being the sun, moon and even nature itself, the heroes of all their stories. “The symbols we pollinate have meaning like the corn which is prosperity and the butterfly which is good luck,” he said. Griscila Carrillo Carrillo, Artisana Huechul. The second control has designs from residents Olinalá, who resides in Guerrero. From a very young age, the people of this society learn to create their art in a very comprehensive way. Its basic elements of decoration are limestone, natural pigments, oils and feathers.

This control was carried out by craftsmen from the Training Unit to salvage, preserve and enhance the art of lacquer painting from Olinalá, a group passionate about the art and technology of this community. He commented, “Olinalá’s art is very beautiful. The oils are natural, and they are obtained in the fields and mountains.” Edwin Ruiz Ventura, a craftsman from the Olinalá Practical Training Institute (ICAT). Finally, the third control of the Xbox was in the hands of the craftsmen Tinangos what is it. Tenango means ‘the place of the walls’, and it’s a community known for its hand-embroidered, very bright colors and designs that tell the story of the mountain people. Animals and nature are the heroes of their stories.

Tenango embroidery reflects a person’s feelings.“All embroidery is in keeping with the mood of the person doing the embroidery at that moment,” he explained. Victoria Lucas Patricio, a craftsman from Tenangos Ma Hoi. These artisans inherited the ancestral techniques of their culture, and seek to share them with their families and the rest of the world, in order to preserve the legacy of their community. Mexico is distinguished by its culture, colours, flavours, smells and sounds. The craft practices Of the 68 indigenous people residing in the country, they are the ones who glorify all of these, along with Date The roots of Mexico.