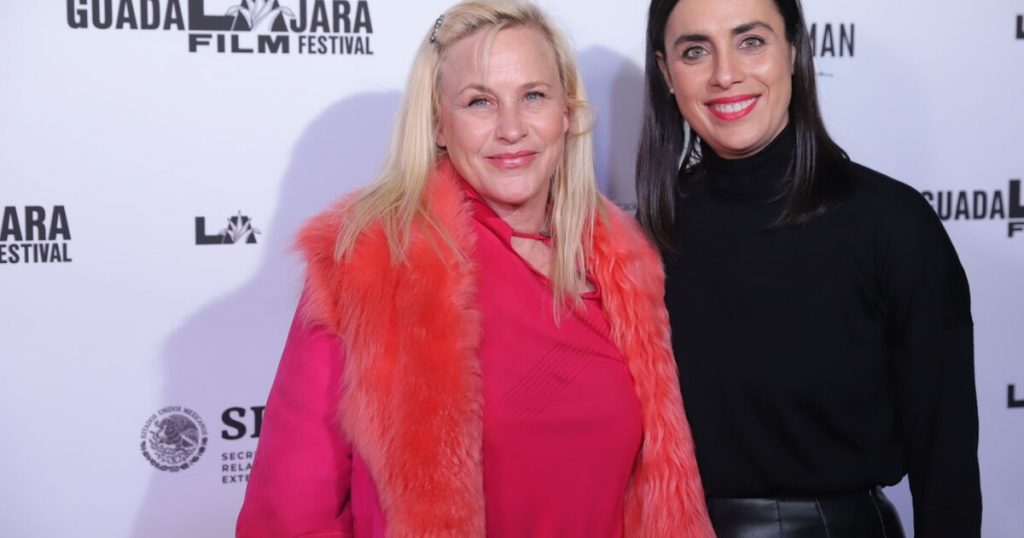 The GuadaLAjara Film Festival (GLAFF) has concluded its 11th edition by presenting The Tree of Life to Academy Award winner, Patricia Arquette, who is known for her long and energized career.

“It is an incredible honor to receive this recognition from GLAFF here in Los Angeles, a city that supports art and culture. LA Queenciañera is a beautiful film, a tribute to my friend Bambi. I have a special affection for Guadalajara, because my mother got married there. The lead actress shared.”

During the ceremony, GLAFF Director Ximena Urrutia stressed the importance of connecting with the Latino community and continuing to grow as a festival in downtown Los Angeles, as it is an opportunity to seek spaces for emerging filmmakers.

The Latino transgender activist and founder of the @TransLatin Alliance, Bambi Salcedo, the hero of the closing film, thanked director Pedro Pera for telling his story, and his friends who supported him through his many years of struggle for the LGBTQ+ community.

Get Lit founder and activist Diane Luby Lane also received the Tree of Life Award for her work with thousands of young people in America to bridge the gap through poetry.

The GuadaLAjara Film Festival, which pays tribute to Latin culture in the United States, took place November 4-6 at a new venue: Downtown Los Angeles. It was previously shown in Hollywood.

At the opening ceremony, the Tree of Life award was given to actor Danny Trejo, who is an inspiration to young people thanks to his life story and activism.

Poderoso Victoria by director Raúl Ramón and winner of the Audience Award at the 36th edition of the Guadalajara International Film Festival was the opening film for this edition.