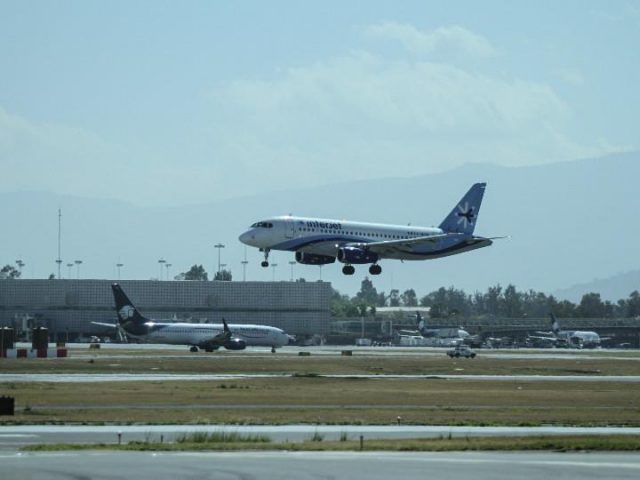 The first, according to Mendoza, is to limit the number of landings per hour, since Seneam, dependent on SICT, now uses the Ground Delay Program (GDP), to delay the arrival and departure of aircraft, so that only 31 aircraft land per hour, when it reaches a capacity of 40 or more, as it has up to 61 operations per hour.

Similarly, the second measure applies, which is the separation of aircraft in the airspace, which should be 3 nautical miles (NM), before the arrival of the AMLO government it was 3.5, but now 4.5 miles and there will be reached 7 miles, allowing no more aircraft to reach To AICM, Mendoza confirms.

On the other hand, the third measure will be the separation of aircraft that has increased with this administration. Seneam obviously does not use paths defined by satellite navigation, but instead uses random routing to separate air traffic based on specific courses, speeds and altitudes, however, this can be done by the eye of the controller without the aid of technology.

Finally, Mendoza states that the fourth measure is related to the supply of jet fuel, which is provided by ASA, which is controlled by the government, which is responsible for providing jet fuel in Mexico, as it appears that the delays are generated by these. Arriving at the aircraft, causing delays.

The US Federal Aviation Administration (FAA) has reduced the category of air operations to Mexico, so airlines cannot increase frequencies or extend their routes to the US country. The situation won’t be resolved soon, as they have postponed their review for another week, until the agency has more data on the FCA’s operations improvements and Mexico’s aerospace navigation services.